How children accept social responsibility in the “Read with Me” library

How children accept social responsibility in the “Read with Me” library

The “Read with Me” reading promotion program has called the young adult members of Cabin library in Rijab District- Kermanshah Province to accept social responsibility by joining various cultural groups of the library.

The children wrote letters to the mayor to investigate the problems in library environment. 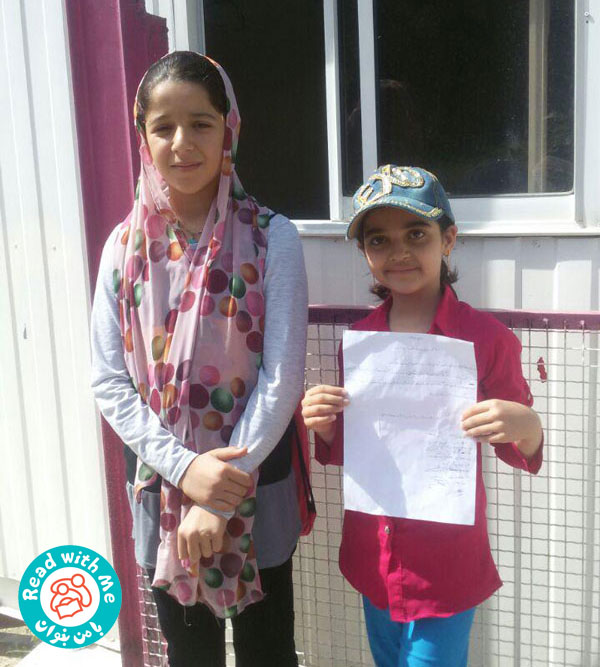 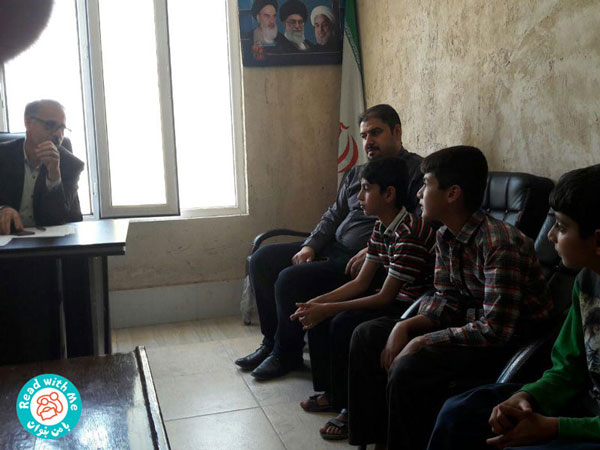 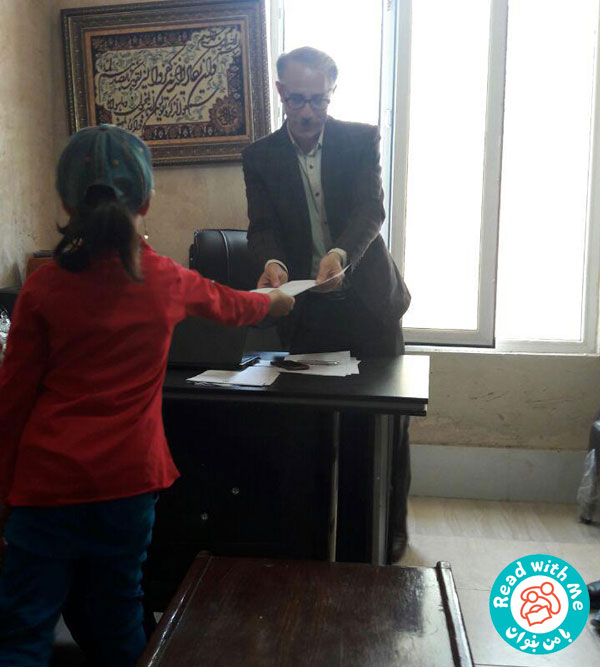 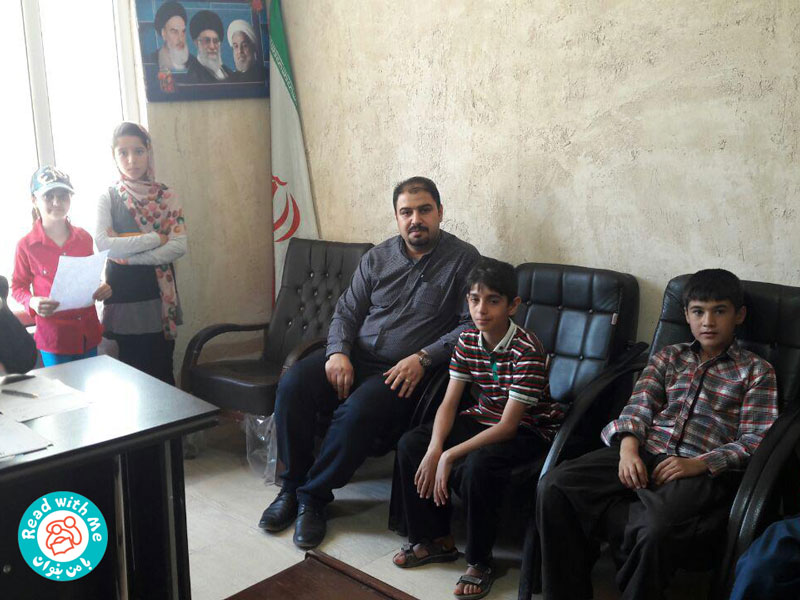 Fariba Zare’i and Khadijeh Karami, librarians and authorities of Rijab cabin library talk about children’s reading and training experience in an interview with the Ketabak website:

“In the “Read with Me” child-centered library, in addition to reading books for children, we have started new creative activities, one of which is the creation of various cultural groups of older children and young adults. The environmental group is our first group.

“The environmental group began its work on a small scale last week by visiting and searching around the library to find environmental problems. Based on the searches, we found that the library neighborhood needs cleaning, a trashcan, several seedlings and flowers to decorate the library garden and garden scissors for weeding. Two of the children reported on the survey and eventually wrote a letter to buy trashcan and took it to the mayor. The mayor welcomed their work and now we are waiting for their response”.

“Some kids went to the Jihad Agriculture Organization and delivered the letter on receiving the gardening scissors. As a result of this letter, they received flowers and scissors”. 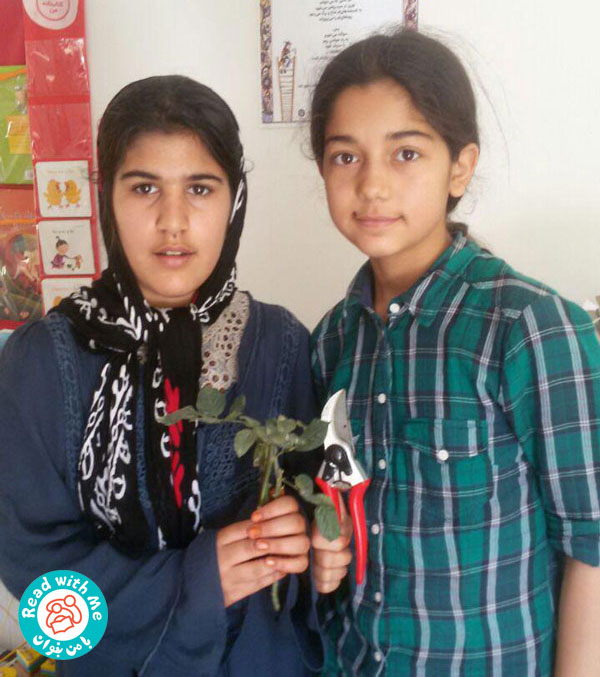 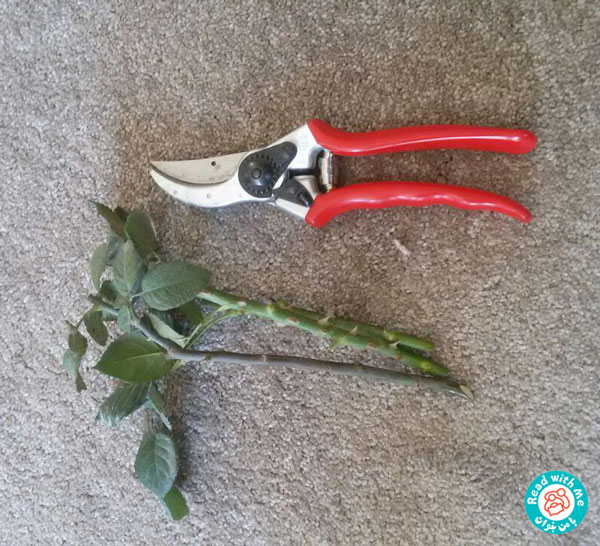 Safora Zavaran Hosseini, the executive of the “Read with Me” Libraries in Kermanshah, describes the activities of children in the area of ​​ Rijab earthquake affected zone:

“Read with Me held a workshop, “How to Create an Environmental Group with Young Adults”, for the librarians of child-centered libraries in Sarpol-e Zahab and Rijab to teach them how to find the environmental issues, design solutions, and take steps to resolve them. As the reports show, now they have been successful in this direction.

“Now the children in Zhivan Library, who have acquainted with basic concepts of the environment, without any prior planning and completely spontaneously, started cleaning around the library. 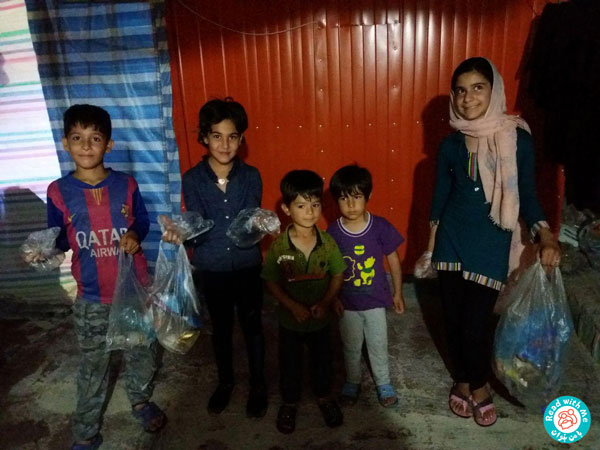 “The good thing that’s happening is that the kids take steps to learn and accept social responsibility from the very childhood. The “Read with Me” libraries in Kermanshah are planning to create other cultural groups of young adults to use their potential well and in the right direction”.

School students are also members of our library

Librarians also state how to attract schoolchildren to the “Read with Me” child-centered libraries in Rijab:

“At the beginning, since the “Read with Me” or similar programs have not been performed in this region so far, people were not very familiar with it. My colleague and I visited schools to discuss and consult with teachers and principals to attract children to the program. After that, we entered the classrooms and gave quality books to children. The children at first were not interested in books but after reading aloud sessions and doing follow-up activities, they were attracted and eager to continue. Now the students of the same school have become our cabin library members and are constantly coming to the library. We take book bags to remote schools and preschools and read books with them.” 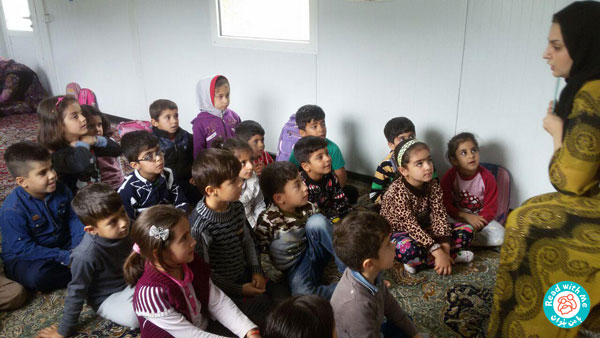 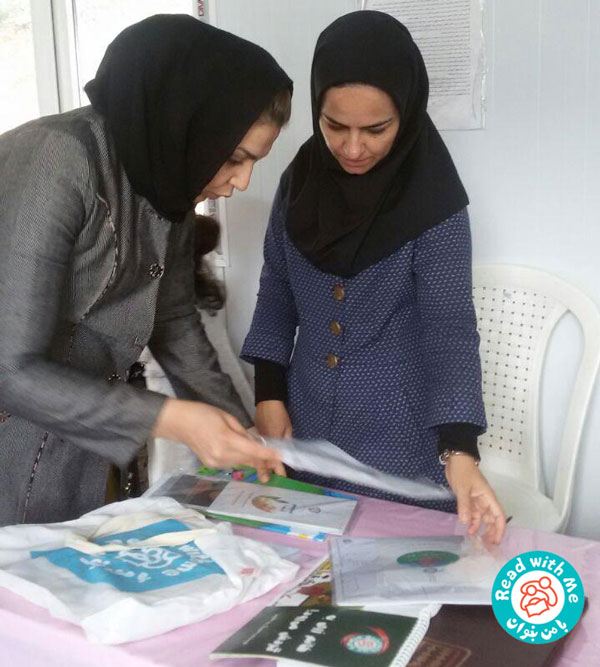 The people of the region were also so helpful in launching this library:

“The people of the region also cooperated in setting up the library. I remember we could not find the right place to establish the cabin in the village. With the help of the people and Rijab Clergy, we placed the cabin on the roof of the mosque and now it is a popular children library.

Rijab “Read with Me” child-centered library is established and equipped in the Rijab earthquake-affected area, in Dalahu, Kermanshah province, sponsored by Yarane Danesh and Mehr Community in March 16, 2017.

The “Read with Me” program tries to help the children in earthquake-stricken areas in Kermanshah province after the 7.3 Richter scale magnitude earthquake on 12 November 2017, and in addition to sending hundreds of volumes of quality books to this district, it has established cabin libraries in  Sarpol-e Zahab and Rijab and also a school library in Qasr-e Shirin. 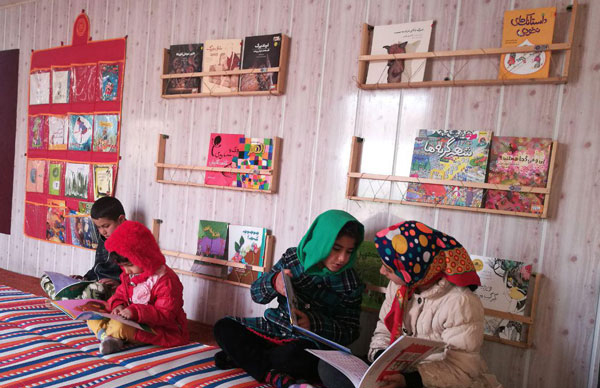