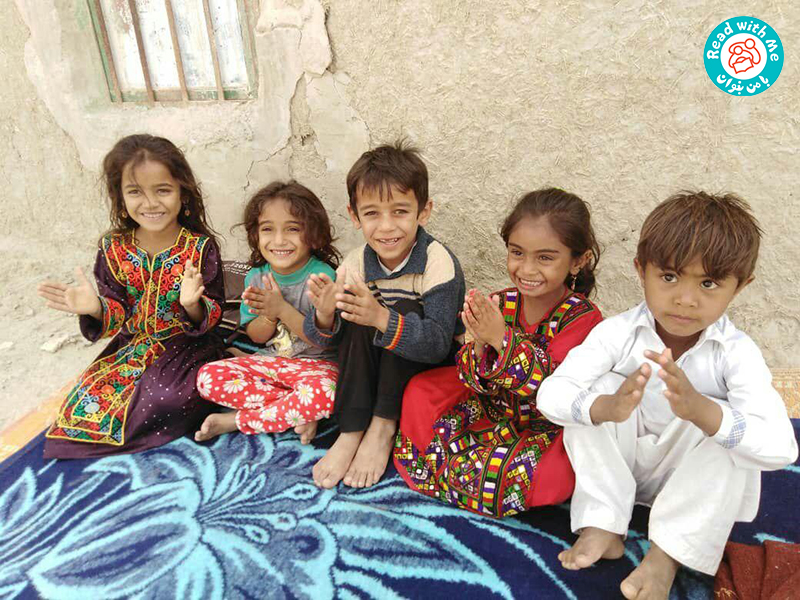 This January, flood devastated one of the most deprived regions of Iran, Sistan and Balouchestan Province. As of all the traumatic events of the past, Read with Me asked volunteers to cooperate in making shelters, reading books and assuaging children through various activities.

The Read with Me program has been implemented in Sistan and Balouchestan for five years now and has made incredible progress alongside its dedicated teachers and tutors. Therefore, in comparison to the earthquake of Kermanshah and the floods of Spring 2019, the assistance process went much smoother. Having more than 15 Read with Me ambassadors (local teachers who have been trained by Read with Me experts to become self-sufficient in terms of implementing the Read with Me program in their region) was a new experience altogether. It proved that empowering locals greatly contributes to the sustainability and effectiveness of the Read with Me program.

Among the flooded regions, Read with Me had already been active in Konarak and Zarabad. But Dashtyari had not been previously covered by the program. Therefore, ever since the flooding, Read with Me has dispatched two groups of experts to this region. The first group travelled to Dashtyari with the purpose of evaluating the overall conditions and laying the foundation for establishing Read with Me libraries. The second group was dispatched to hold workshops for librarians and promoters. 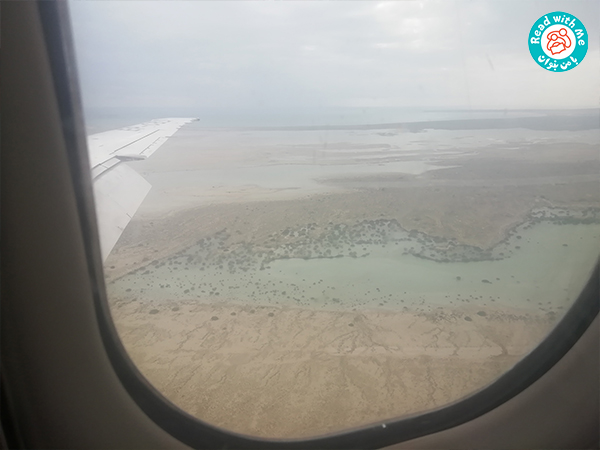 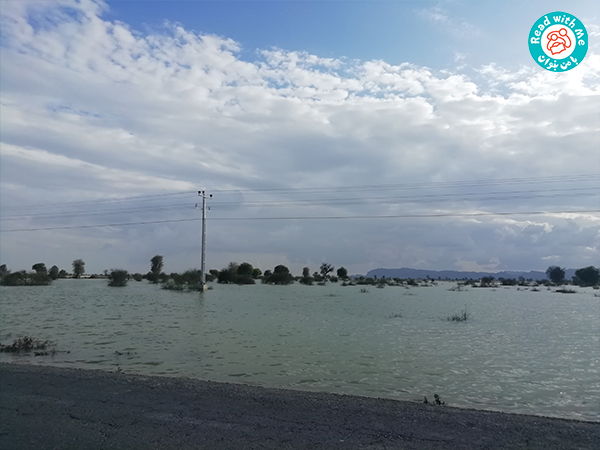 These travels eventually led to equipping three libraries in Laniyari, Belengi, and Kalani villages with more than 600 books, activity sheets, handbooks, stationary and toys as well as training 14 local librarians and promoters. The equipment were funded by “Read with Me Fan Club” and part of the travel expenses were covered by Alibaba.

Laniyari was still surrounded by water when Read with Me experts got there. But the village itself was fortunately intact. This village has a population of about 430, with one elementary school in which 110 students study. The elementary school also covers students from 4 nearby villages. Laniyari has a 6 m² library. Established in 2017, this library is used by elementary school students as well as a number of teenagers from nearby villages who come to the library on their bicycles and borrow books. After visiting the library, Read with Me experts seemed fit to equip it with quality books, tailored to the needs of children. 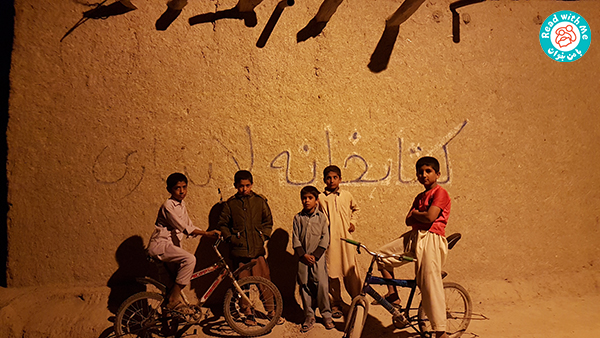 Read with Me experts along with three ambassadors from Zahedan, held a read-aloud session for Laniyari children. In a heart-beat, 50 children gathered around the library to enjoy reading in the open air. The Baluch people of this particular region speak the dialect of Jadgali which is considered extremely complex, even by its speakers. This dialect was hardly comprehensible to the local ambassadors which made communication difficult. But, one of the boys in the group was so cooperative as to immediately translate the books for everyone. 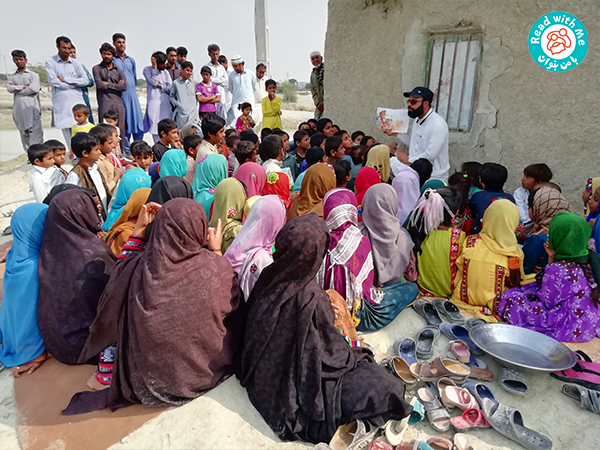 Belengi’s elementary school has 180 students, who also come from 4 nearby villages. When the Read with Me experts arrived at Belengi in the evening, about 20 children were gathered in the village library. This library is usually open from sunset to sunrise. It is located in a 2*3 room and was established less than a month ago. Based on the evaluations of Read with Me experts, the library equipment had to be adjusted to children’s needs.

Read with Me ambassadors also held a read-aloud session for children in Belengi. 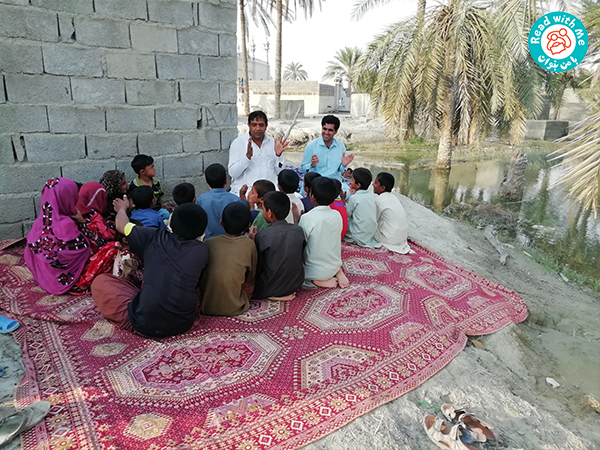 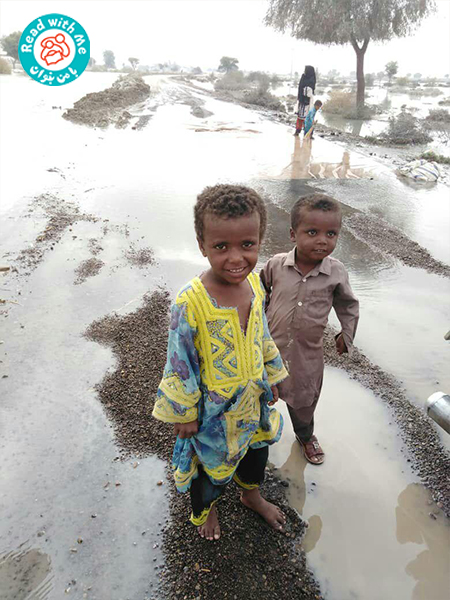 There was a small library in one of the governmental buildings. Its librarians were two brothers studying in 6th grade. Since flood water had covered the floors of the library, experts arranged renovation plans. 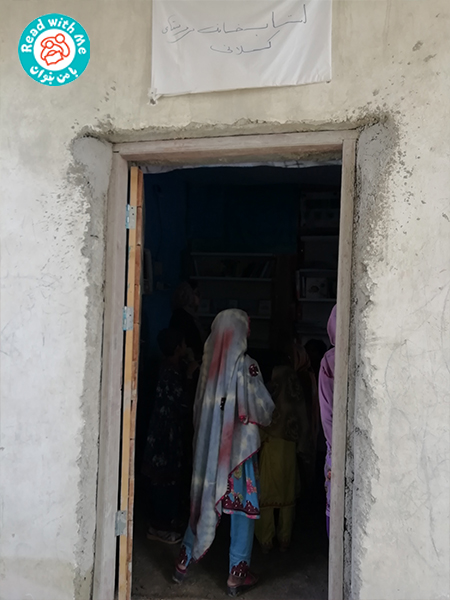 After visiting the library, a read-aloud session was held by the ambassadors. Children were less expressive in this region and it was harder to cheer them up. They were also less familiar with standard Persian words, and needed much more explanation to understand the books. However, it was obvious that they were enjoying the stories. A number of men and women also accompanied children in this read-aloud session. 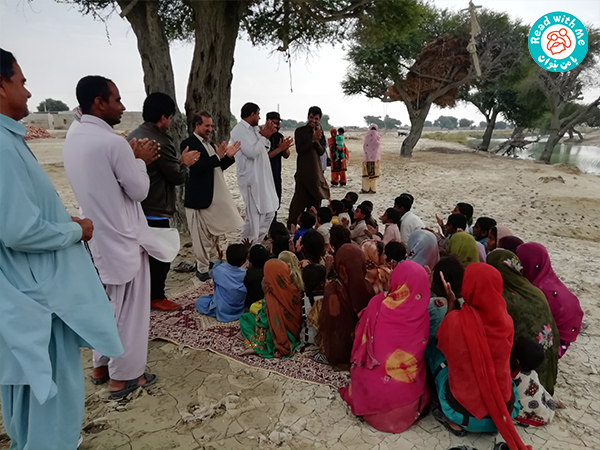 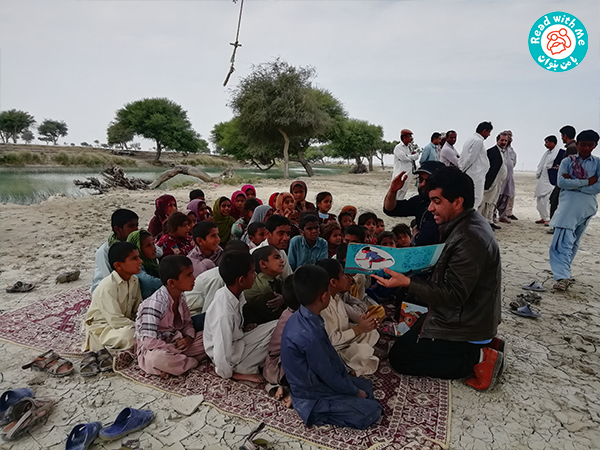 The second Read with Me group was dispatched to the region on 28 January 2020. By equipping the mentioned libraries and training 14 local librarians and reading promoters, three new libraries were introduced to the Read with Me family. 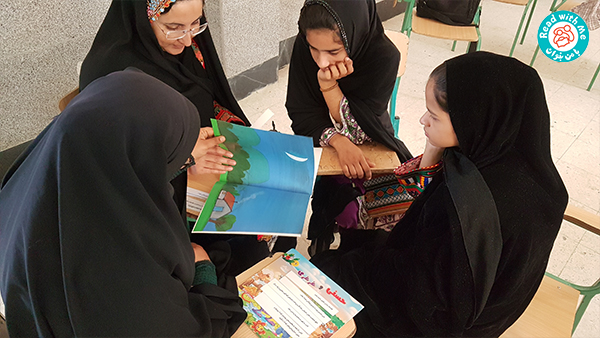 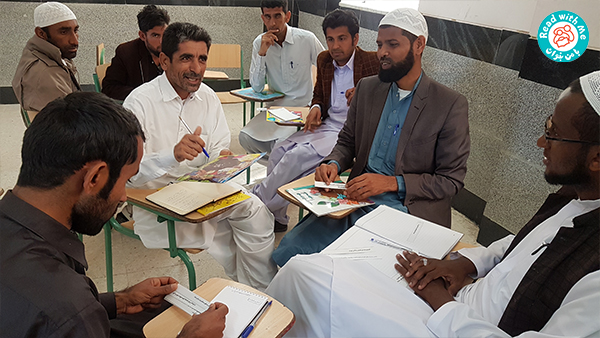 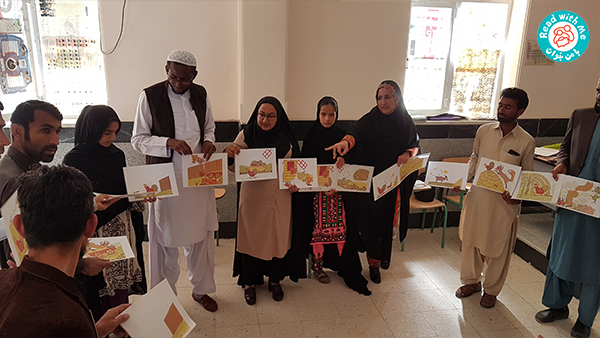 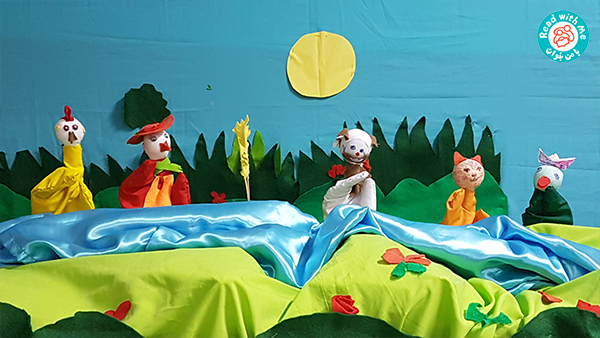 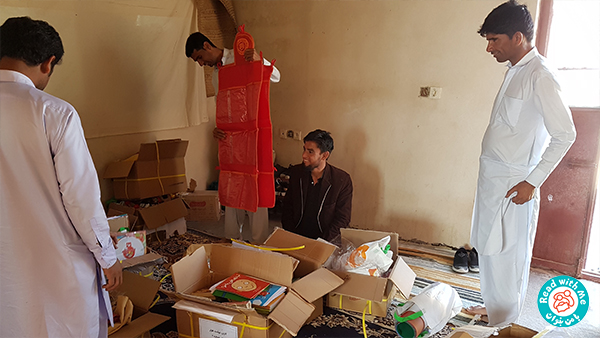 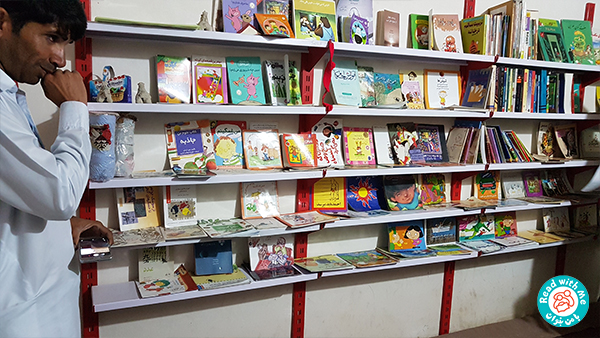 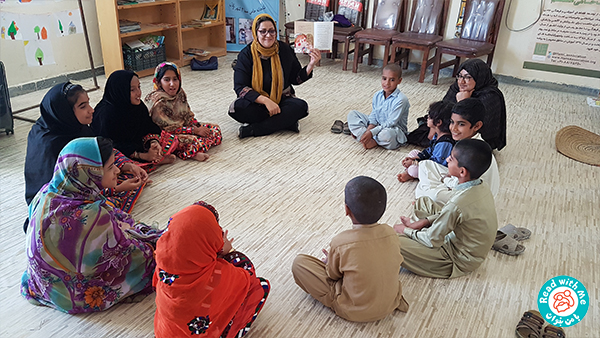 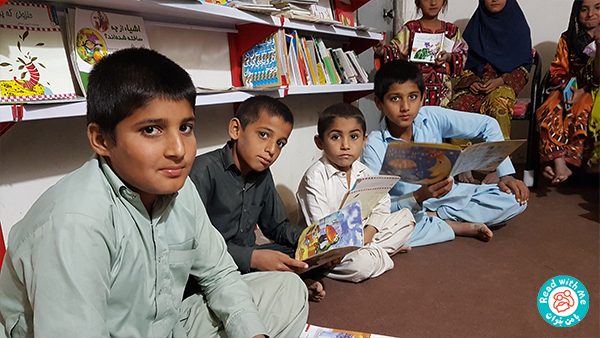 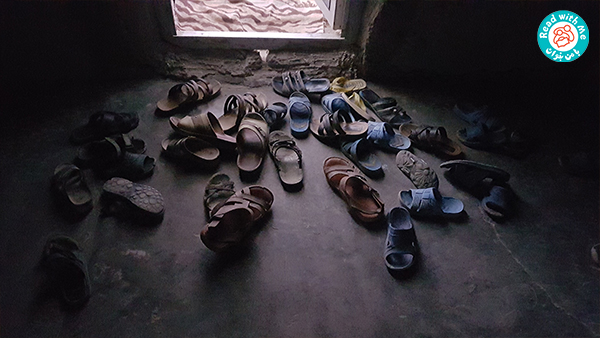 Read with Me deeply hopes to be able to contribute to the education of children in this region and ameliorating their condition in such times of devastation.

Support the IBBY Libraries in Gaza

Children in Zabol joined Read with Me project

Library in Action in Flood-stricken Gouriyeh 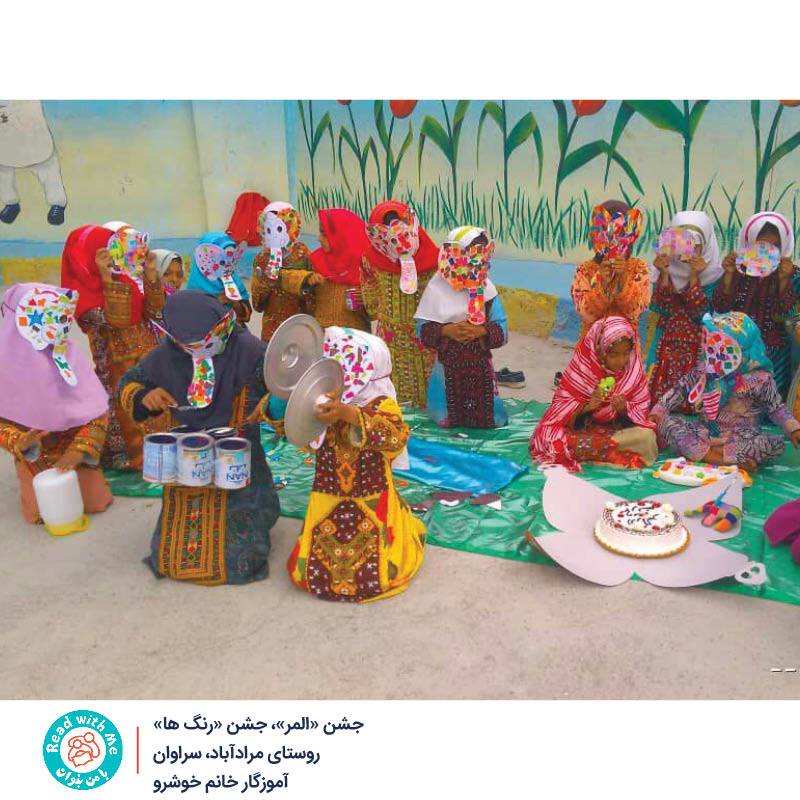 Javanroud Library Celebrates its One Year Anniversary
Scroll to top