Library of Azadegan Elementary School in the Village of Chahshoureh

In Autumn 2021, Ms. Shohreh Kooshki, one of the experienced reading promoters in Read with Me program in Lorestan province and the librarian in Read with Me library in Khorram-Abad, Lorestan, reported about children’s lack of access to cultural facilities such as quality books and child-centered libraries in Tarhan district, and suggested to Read with Me experts to establish a small library in the village of Chahshoureh in Azadegan Elementary School whose managers are interested in cooperation with the program.

Chahshoureh is deprived of all types of cultural facilities. It has a population of about 1000 people, and its library can service the people of four villages around it, too. The total population of these villages amounts to 3000 people.

Therefore, the establishment of this library started after Read with Me library team completed the evaluation of the situation and potentials and signed a memorandum of understanding with the managers of this school. This library is a room of around 15 square meters in the school, which is on the road to the village of Tang-e Kaboud, too.

In the last days of December 2021, nearly 900 volumes of quality books along with handbooks and book-related activity sheets were sent to this library. These book were added to shelves of the library after being categorized based on principles of Read with Me child-centered libraries.

On January 22, 2022, in the beginning of the Reading-Aloud Week, the library was officially inaugurated in a special ceremony in the presence of a number of officials of the region, such as the district administrator and the manager of the Education Office in Tarhan district, as well as a number of cultural activists, parents and students. 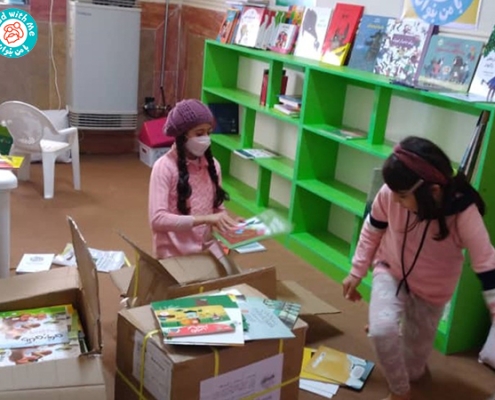 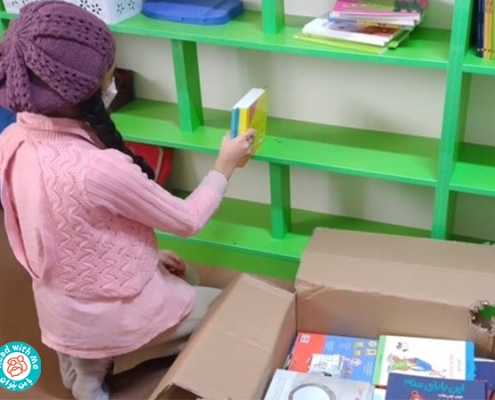 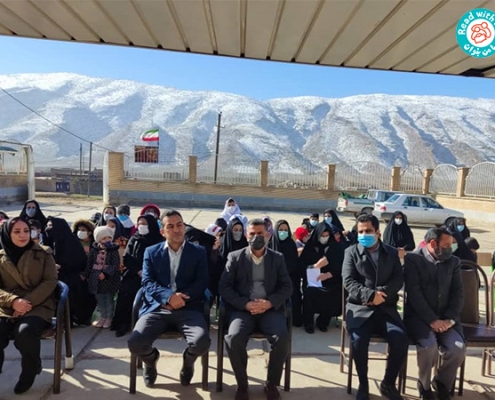 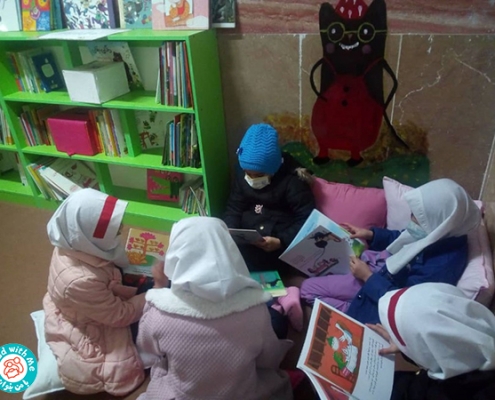 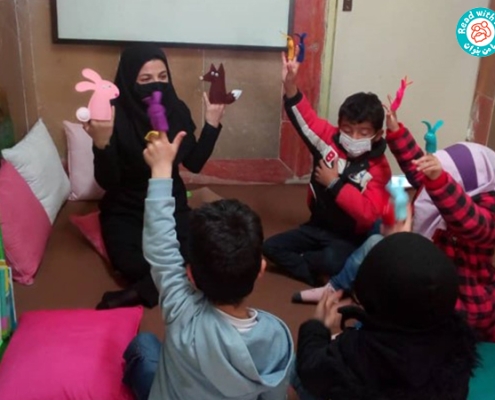