The “Read with Me” program was implemented in Zarabad district of Konarak city by the Institute for Research on the History of Children’s Literature and financial support of Mrs. Taghdir Shariatpanahi and Mr. Kaveh Amini in 2016-2017.  And so, 25 schools, 30 teachers and 898 children were covered by “Read with Me”. In addition to the educators and teachers, six administrators also benefited from workshops. In a number of schools, the classes were multi-graded. Accordingly, a total of 484 first grade students, 67 preschoolers and 347 multi-graders were covered.

In 2016-2017, nearly 3800 volumes of books, handbooks and activity sheets were sent to the Zarabad on two occasions in December and January. They were delivered to each teacher who participated in the workshops. Among these books, 377 volumes were from the Basic Literacy Creative Education packages.

After each round of the workshop was held in two rounds in December 2016 and April 2017, the “Read with Me” experts visited Zarabad schools and evaluated the progress of the teachers and the process of the program.

Despite all the restrictions and deprivations in Zarabad district of Konarak, “Read with Me” hopes that with the presence of small class libraries and training provided to tutors and teachers, this program can have long-term effects in the area.

Following the program implementation in 2016-2017 in Zarabad, a child-centered library was set up at Ammar Zarabad School. By launching this library, students covered by the “Read with Me” program in the village can enjoy quality books throughout the year. This will ensure the program’s sustainability in the region.

The Read with Me executive team traveled to the region in September 2017. Through a workshop on 9 September 2017, they introduced the features and functions of a child-centered library, rich literacy environment and librarianship to teachers. Ammar School Library was also launched on the same date. 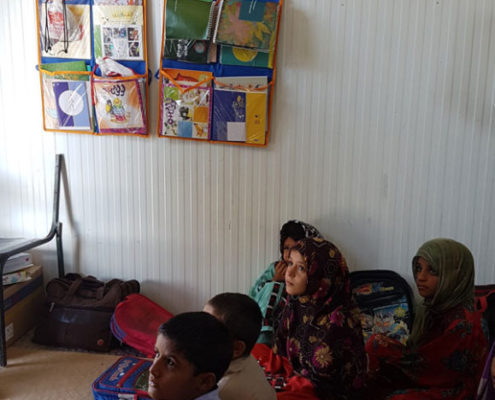 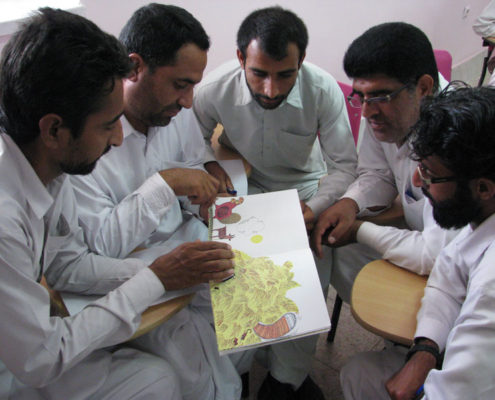