Deprecated: Methods with the same name as their class will not be constructors in a future version of PHP; RSS_Import has a deprecated constructor in /home/admin/domains/khanak.org/public_html/wp-content/plugins/rss-importer/rss-importer.php on line 43
 Zohreh Ghaeini was nominated for the 2022 IBBY-I Read Award
Blog - Latest News

Zohreh Ghaeni has been nominated as a candidate for the second session of the Outstanding IBBY-iRead Promoter Award.

This award is established by the Shenzhen iRead Foundation and IBBY to encourage a real commitment to the cause of reading promotion in the hope of spreading this dedication to others around the globe. The two prestigious children literature institutes, Children’s Book Council IBBY branch in Iran and the IBBY branch in Canada have chosen Zohreh Ghaeni as a candidate for this year’s Award.

This is the second time Zohreh Ghaeni is chosen for the IBBY Award. 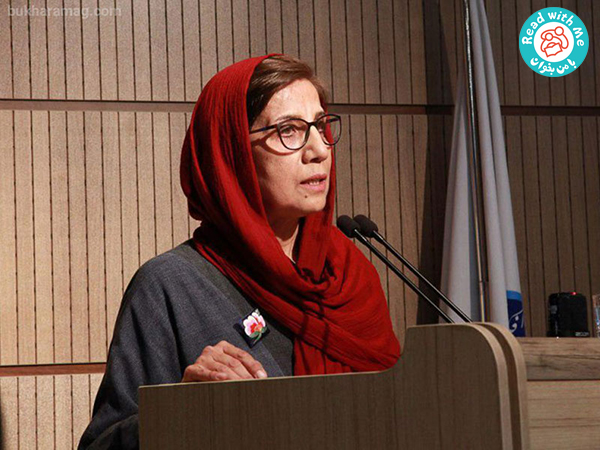 Nader Mousavi, writer, educator, Book reader promoter for migrant Afghani children and adolescents in Iran, is the other nominee from the Children’s Book Council to receive the 2022 award.

The IBBY-iRead Outstanding Reading Promoter Award is a biennial award presented to the two most outstanding reading promoters. 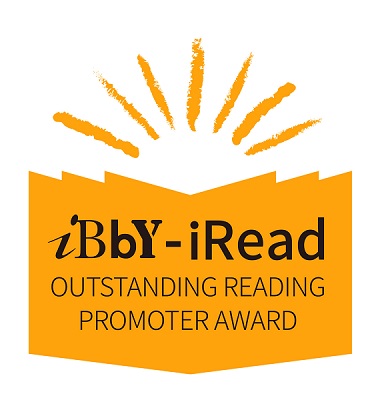 The “Read with Me” program that has been implemented since 2001 is involved in promoting book reading for deprived and disadvantaged children. This program endeavors to provide suitable quality reading books for children who normally do not have access to such books.

In 2016 the “Read with Me” program was the winner of the IBBY-Asahi Award, the most prestigious and outstanding world promoter book reading award.

Since 2017, this program has been nominated for five years consecutively by several international institutes for the Astrid Lindgren Memorial Award (Alma Award).

Marit Tornqvist, the outstanding Dutch writer and illustrator who in 1499 with Zhu Yongxin from China was the first winner of the iRead Award is a member of the great “Read with Me” community and a global supporter of our cause. 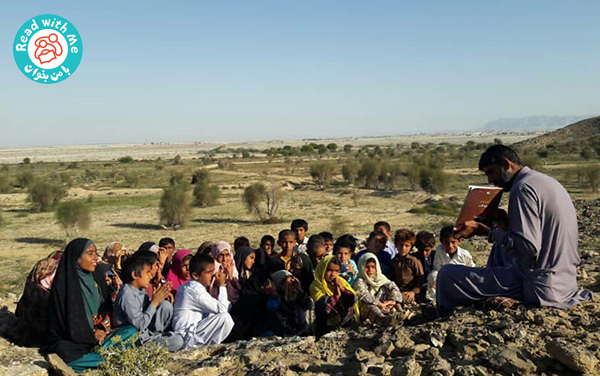 In addition to her educational, research, and promotional activities, Zohreh Ghaeni was the head of jurors for the Hans Christian Anderson Award in 2008 and 2010. She is the only Iranian who has achieved such international status.

Zohreh Ghaeni has compiled, and translated many books. She has also written and translated numerous works related to book reading promotion, education, children and adult literature. 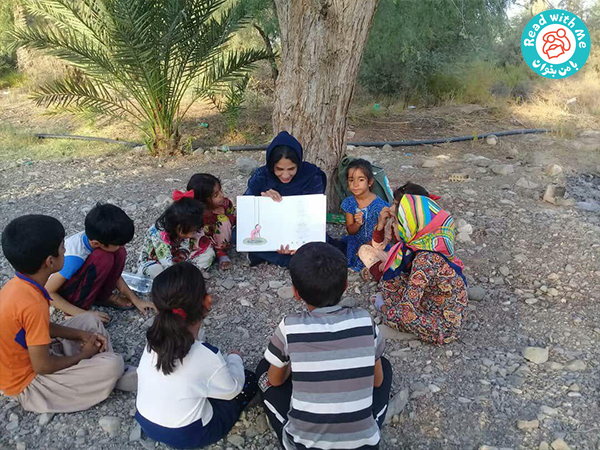 Children’s Book Council expresses the reasons for choosing Zohreh Ghaeni as a candidate for the iRead award:

The efficacy and influence of ‘Read with Me’ program, based on strengthening and enhancing the foundations of literacy and language acquisition through literature for students in bilingual provinces such as Sistan and Baluchestan;

Increasing the number of student participation by 80 percent in the “Strengthening the Foundations of Basic Literacy via Literature”, and enhancing the development of language, social status and self-recognition of students. 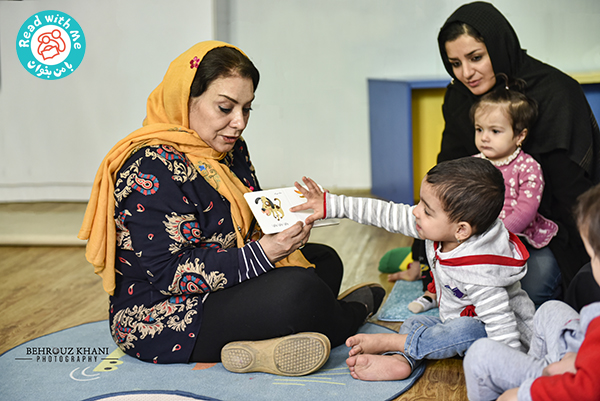 In the “read with Me” program, Coverage of more than 300,000 children up to 16 years old, and 8000 teachers in deprived regions of 23 provinces, also children of the less privileged families and children in crisis.

Focus and attention on pre-school children and primary school students.

Preparation of books for children of different age groups and special teaching handouts for “Read with Me” teachers and instructors.

Observing academic progress, after the “Read with Me” implementation program.

Implementation of the “Read with Me” program throughout the year and in different locations.

Enhancing parents’ level of awareness regarding the importance of reading and its efficacy in the development of a child from birth. 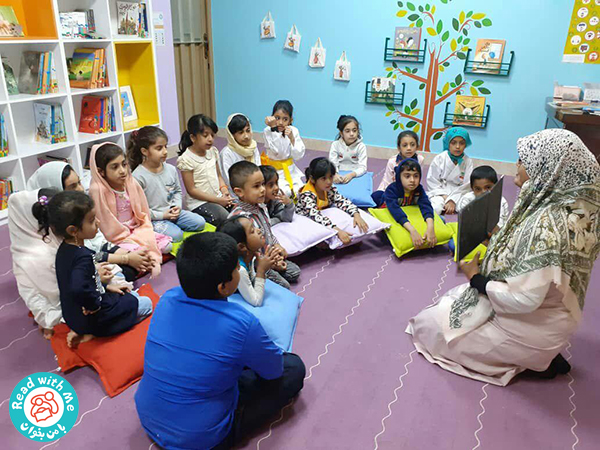 Holding continuous workshops for parents and adults working with children.

Declaring willingness to share and cooperate with groups, government organizations, NGOs, in the domain of appropriate education for children.

Seeking national and international support to further the aims of “Read with Me” programs.

Setting up a site (Ketabak.org) for the promotion of children’s literature.

Names of the winners of this award will be announced in the IBBY press conference in the children’s Bolinia book exhibition, and the chosen candidates will receive their awards in the IBBY World Congress.

“Books and Smiles in Mines”

Interesting initiative of “Read with Me” library in Khorramabad...
Scroll to top