But for Zahra Shavandi, Bashagard is a dream island of hope and success. This caring promoter has brought a close friendly relationship with children and adolescents. In recent years, she has traveled to Bashagard and has set up small classroom libraries in remote villages. By hanging books on walls, and giving basic instructions to local teachers and young librarians, so that children have access to quality books, and they can experience the world outside.

In 2019, in cooperation with Read with Me team, the Omid Library was set up in Sardasht, the center of Bashagard. The library is located in Shahid Rajaee Boarding School for boys, and most of the attending students are teenagers from villages in the region. These young messengers while benefiting from the books, borrow some books and take them to children in their villages.

In 2021, Zahra Shavandi, has traveled again to this region to organize book reading and setting up classroom libraries in the villages of Kamdarak, Dolat Abad, and Hossein Abad.

In Kamdarak village, which is located 250 kilometers from Bandar Abbas, there was a school with three classrooms and 55 students that had never seen or read a story book before.

The students impatiently waited for her arrival. She read aloud Frog and the Treasure by Max Velthuijs, and performed all the activities. Then, with the help of the students, she hang canvas book bags on the walls, so that the students would have quality books to read in hot summer days. The next village, Dolat Abad, was located 350 kilometers from Bandar Abbas, and to reach the village one has to travel through a mountain passes. Zahra again read books for eager children, and she donated a canvas book bag library to them, so that with the help of an enthusiastic and interested young girl willing to read books for younger children; they could read more books together. Hossein Abad, one of the most isolated villages of Bashagard where she wanted to set up a library, is 400 kilometers from Bandar Abbas situated in the heart of tortuous winding roads. Unfortunately, the journey was called off due to not having suitable transportation and bad road conditions. But the library was handed over to a former teacher of Hossein Abad to reach the students in the village. Zahra had not yet arrived to Tehran when she heard the good news that the children had received the library, and were able to read quality books together 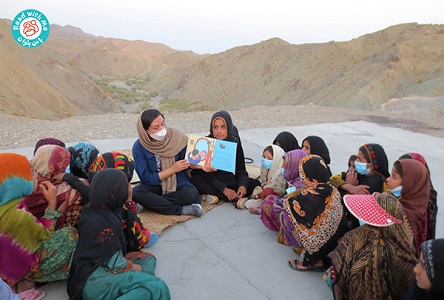 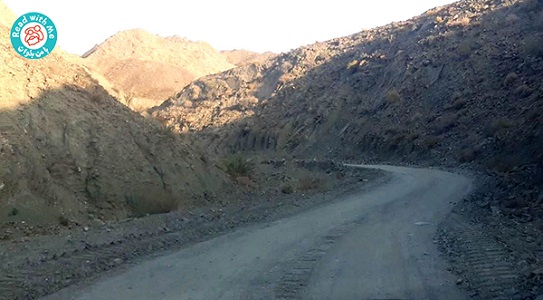 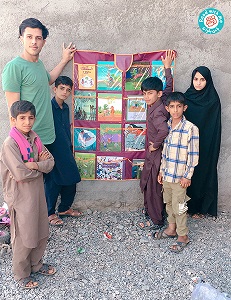 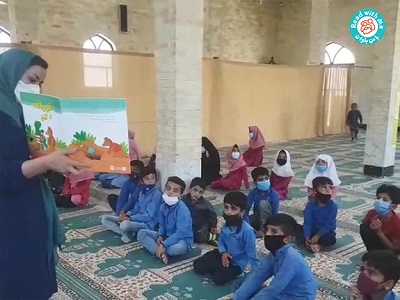 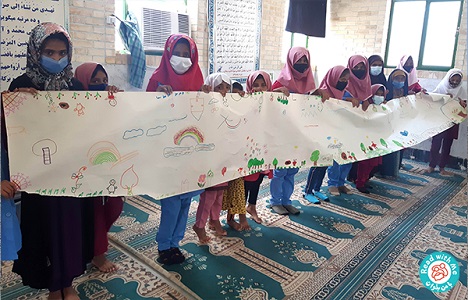 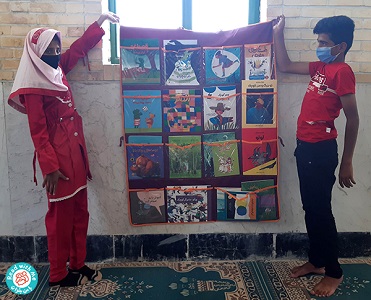 Opening of six “Read with me” Libraries during spring of 2021

“Books and Smiles in Mines”
Scroll to top