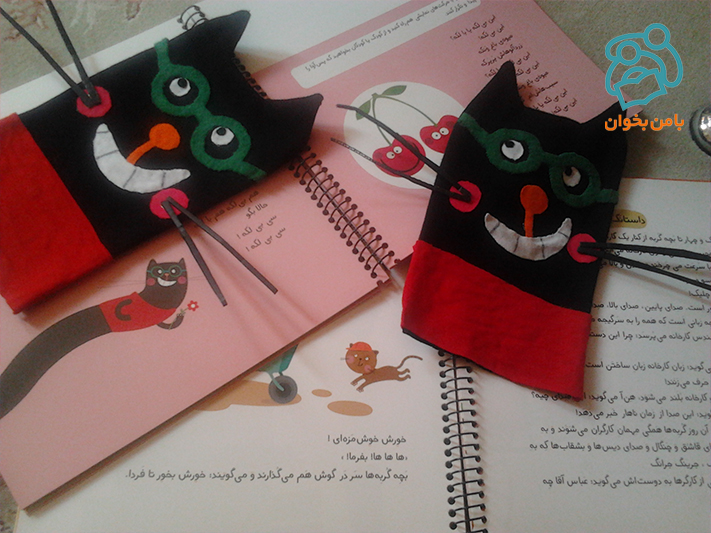 When a group of toddlers from Ameneh Nursery visited the History of Childhood Culture ExpoMuseum (held by Institute for Research on the History of Children’s Literature) in 2013, the Institute experts found that these children, aged between three and four, could not speak properly and convey their thoughts and they had to shout. They tore up all the masks we had prepared for the play and refused to listen to the story. We asked the caregivers about the situation. Surprisingly, we heard that there was no chance in the nursery to talk with these children and that is why they cannot talk.

According to Ameneh Nursery’s rehabilitation supervisor, the first problem arises from the fact that in such centers, children are kept in groups and this is what differentiates their lives and their fate with children supported and maintained by parents at homes. Sometime just one person is responsible for all duties, such as changing diapers, clothes and linen, giving food and bathing of 10 to 15 children, there is no time for talking and emotional communication with all the children, this is how these children are left alone in the rooms, and beds and they have no companions.

Accordingly, it was decided that Read with Me experts would go to Ameneh Nursery and spend days with children and teach them alphabets phonetics and reading various books with newborns and toddlers. Now, after four years of continuous work, we can say with certainty that significant positive changes have been made in the linguistic, social, emotional and even physical development of these children. However, how this achievement was gained?

At first, the staff and officials of the nursery were skeptical about the program. Particularly in the newborns’ section, reading books with newborns and toddlers was considered useless. Despite all the doubts, the book reading and post-reading activities are carried out 4 days a week for various age groups of newborns and toddlers.

In an interview with the rehabilitation, occupational therapy and psychology staff of this nursery in July 2017, surprising examples of the effect of this program and its achievements have been mentioned.

“In the first place, we did not think that the newborns would respond positively to the program but as children gradually grew up we were very surprised by the positive impact we could see on them,” the children’s occupational therapy expert of the center says, “We had infants with potential Intellectual disability, but over time, we found that, contrary to our diagnosis, their reactions were improved after reading. Babies now have easy eye contact with people around them, they smile and these reactions have increased their chances of being adopted”.

In Ameneh Nursery, there are laws that allow taking intelligence test from children and if the child’s IQ is far below a certain level, s/he should be transferred to the rehabilitation center. One of the Ameneh Nursery’s psychologists says, “Our infants cannot make eye contact for a long time and they have no verbal responses; when they test their intelligence, which is very effective in their fate, they get low scores. Raising the baby’s result in the IQ test, means changing his fate.”

“With the Read with Me program, especially with “Learning Alphabet”, eye contact and verbal reactions of children have improved, and as a result, there is a progress in their IQ test results and so, their path of living is changed from the rehabilitation center to the family, school and university!”

Before implementing the program, most children developed TV syndrome due to the prolonged use of television to entertain them. That is, they did not react to any sound other than the sound of the TV. According to one of the nursery officials, “Children now react to the slightest sound. They prefer the sound of a person to the sound of the television, so that they do not even watch TV when someone is present and their focus and listening accuracy are enhanced.” She continues, “Lullabies, childish poetry, and pieces from Mozart are now being broadcasted in the quarantine sector which is very relaxing for infants and newborns. We have seen that one of the beautiful lullabies that a woman reads is very relaxing for them. Now, the nurses of these children have realized how much the rhythm and music and poetry will bring attention and joy for children”.

In addition to improving their listening skills, their speech status has also improved. Over the years that have passed since the implementation of the program, nursery officials have discovered that their vocabulary range is extended and their speech status has improved considerably. According to the authorities, “In the past, three-year-old children did not speak, but now even the nursery toddlers readily say some words. Earlier, the number of children who needed speech therapy was high, now the number of these children has been reduced.

“The children’s emotional development was another achievement of the program. The nursery’s rehabilitation authority says, “Children need emotional attention, which is unachievable because of the high number of children in the nursery. Because of this emotional gap, finger sucking, hitting the head against the wall, bruxism, and other behaviors to attract the attention of the surrounding people is evident in children to the point where we were forced to prescribe medication. With the onset of reading with children program which is associated with conversations and activities with them, the need to be seen is largely overcome and they have abandoned these abnormal behaviors”.

A psychologist also points out “sometimes the process of physical, mental, cognitive and emotional development of children is disrupted and leads to behavioral problems. For example, in newborns, it causes depression and hyperactivity at older ages. By implementing this program, we have seen that the emotional requirements of children are met positively and that they are less likely to develop depression or abnormal behavioral responses”.

Understanding one’s own and other’s feelings is one of the other skills that children, especially children in special circumstances such as nurseries and orphanages, do not develop. In the “Read with Me” program, children talk about their feelings and others through various books published for this purpose. They can recognize the feelings of their audience, their friend, or their mentors.

The therapeutic effects of this program are particularly significant in cases mentioned by rehabilitation and psychotherapy officials in Ameneh Nursery. According to them, “nursery children only sit and concentrate when they look at the TV, even at that time due to the high population of children many of them lose their temper and cannot sit for more than a few minutes. These children were often excluded from kindergartens when they entered kindergarten, due to unpleasant and decentralized behaviors. In many cases, we had to prescribe Ritalin. With the implementation of the “Read with Me” program, we have seen a decline in the problem of lack of attention and concentration, and as a result, we reduced Ritalin prescription”.

Another effect of the program has been on children with autism, which has improved to the point that they have better eye contact with their surroundings. Another example was twins, one born with a brain hemorrhage and the other with a low Apgar score. Both had motor delay, but by implementing the reading program in the newborn sector, these injuries were so offset that both children were adopted at a young age with very good natural conditions. There are plenty of examples in this nursery indicating the impressive the therapeutic effect of this program has been.”

According to one of the psychologists of the nursery, social development or social skills learning has been another achievement of this program. She believes that the program has helped to increase the adaptability, tolerance, interaction, cooperation, partnership and flexibility of children.

“At the early stages of your work, the kids would come to the “Angels’ World Section” (Ameneh Nursery’s education Department) looking for you. They were the guys who did not speak at all or only spoke two or three words; but they looked around with curiosity and repeated one word: “SiBiLak”. I did not know what they meant and because I did not know SiBiLak; I thought he was one of the cartoon characters like Spiderman and Batman. Later I found out that SiBiLak was one of the characters in your book, and it was interesting to know that one of the three words they knew was SiBiLak. When they asked a toy, when I asked, “What do you want?” They answered SiBiLak.”

Children at Mehr-o-Mah Empowerment Center, in Search of their Island of Happiness

Improvements of vocal and auditory skills of children in Ameneh Nursery

Why Wash My Hands? health education through reading books

Why Am I Here: The Big Question Read-aloud

Women and Girls of Read with Me 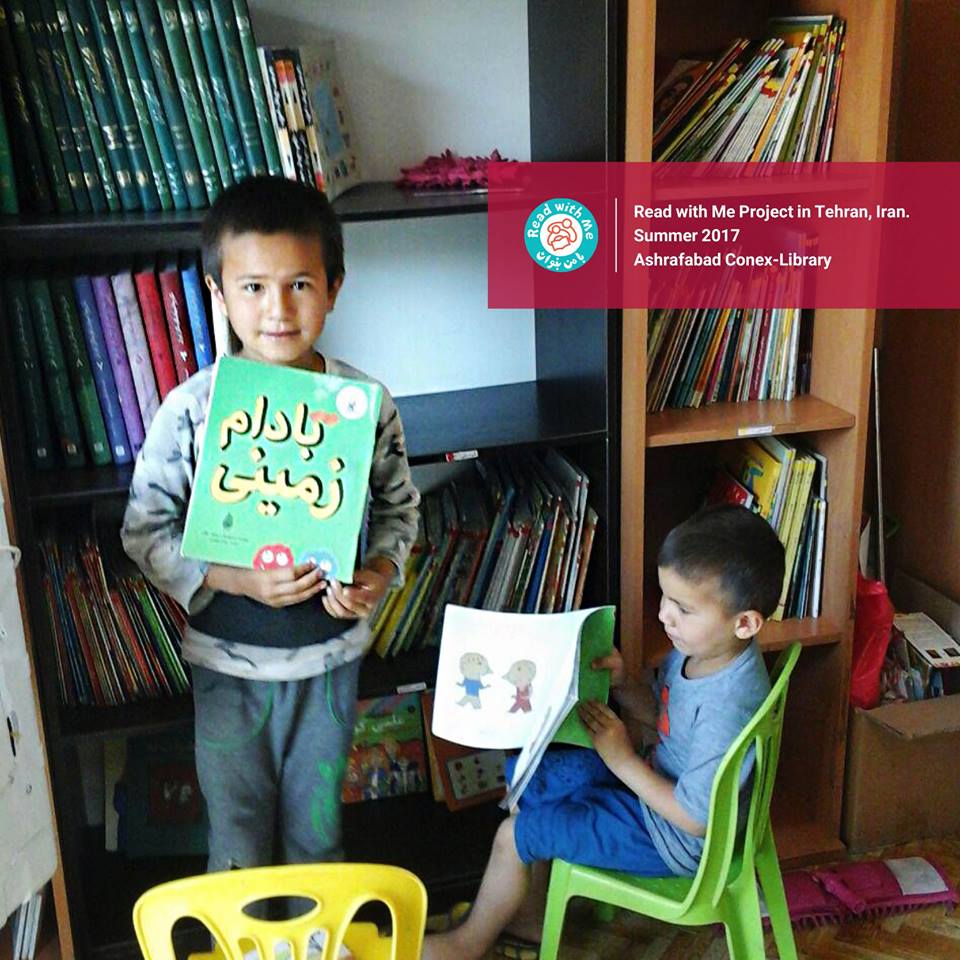 Read with Me Library Workshops in MahAbad and Paveh

Book Packages as Farewell Gifts for Children in Brick-making Kilns of South...
Scroll to top