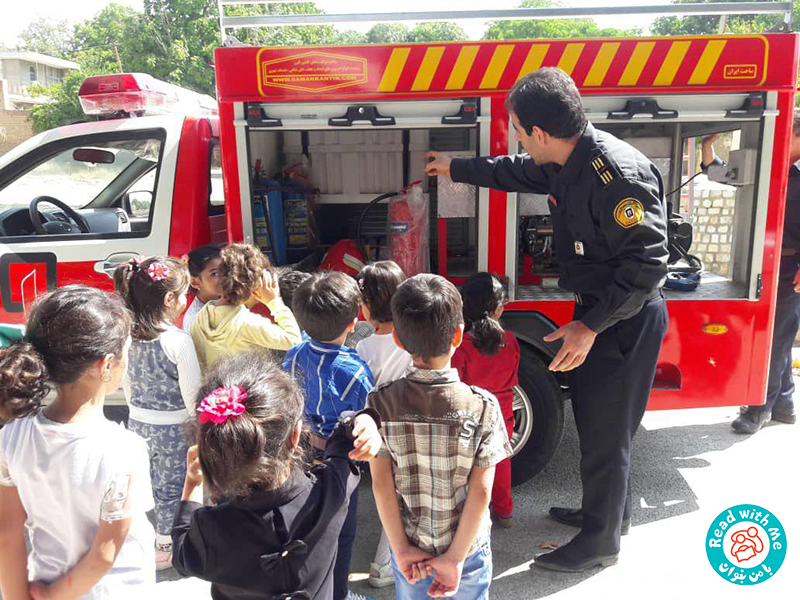 ۲۹ September is firefighters and safety day in Iran. On this occasion, Khansar Library’s librarians planned a creative program to introduce children to the activities of firefighters and create a dynamic atmosphere in the library.

Below, you can read Khansar Library’s activities on Firefighters day:

Today, following prior arrangements with Khansar City Hall and Fire department, we had a guest firefighter come to the library to introduce this important job to children. Our guest, simply and thoroughly talked about the duties of a firefighter. He also taught children how to keep safe during disasters such as earthquakes and floods. We had invited this firefighter to the library last year as well. Sepehr, who had participated in last year’s program, retold the parts he remembered, which surprised the firefighter very much.

Then, we went to the yard to see firefighting apparatus and equipment from up close. Children were truly excited. Especially when each of them got to wear a firefighter helmet and hold a fire hose to extinguish a make-believe fire. One of the children made a make-believe phone call with the fire department and said: “Sir, the library is on fire! Come quick!”

After saying goodbye to our guest firefighter, we returned to the library and read aloud the firefighter story from “Learning Farsi through Literature”. For the follow-up activity, we designed a game. We had made cardboard helmets and fires in advance. We placed the fires in between pillows, all over the library. Some children played the role of firefighters, while the others became residents.

The game brought such excitement to the library! Residents would yell: “Fire! Fire!” And our brave firefighters didn’t even wait to be called for help, they immediately put the fire out! Children loved the game so much, they didn’t want to leave. So we decided to repeat the game with different scenarios. This time, each child would call the fire department separately and ask for help. They had different problems. One house was struggling with snakes. In another house, the owner had passed out due to the fire’s fumes. In another one, a child had fallen into a well and so on. Our little firefighters saved each and every one of them until the game finally came to an end. 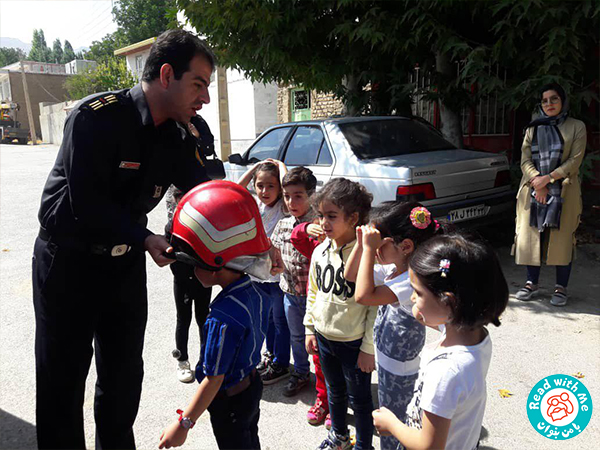 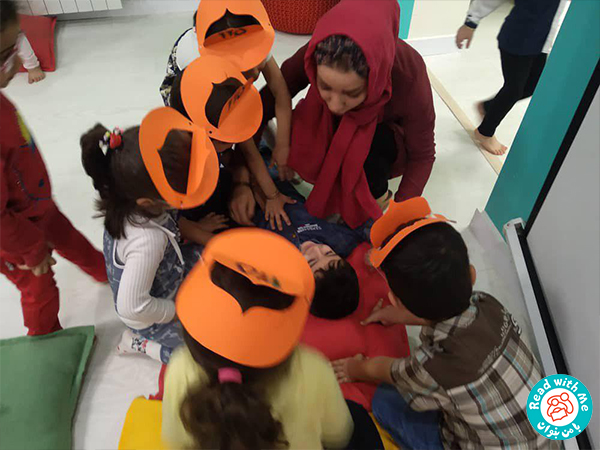 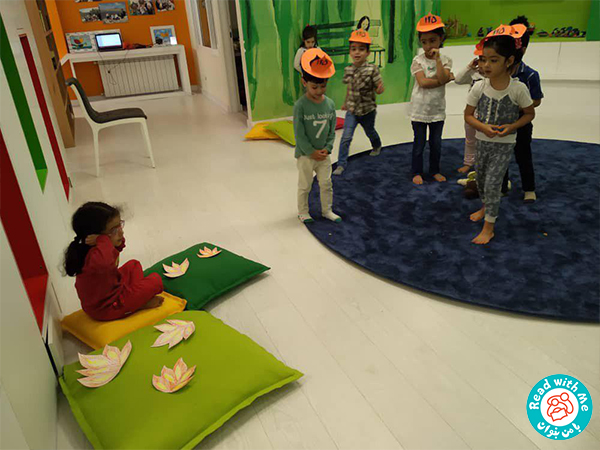 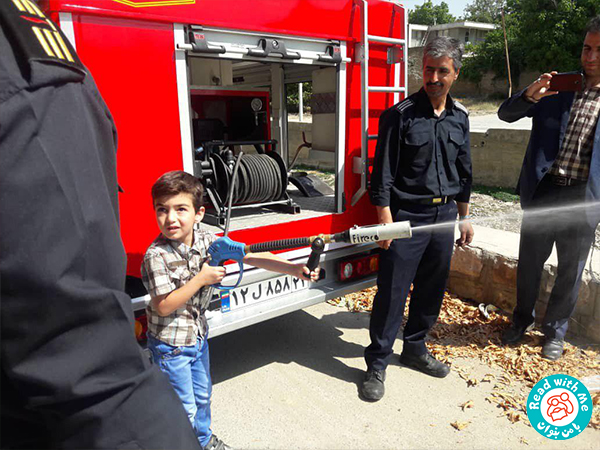 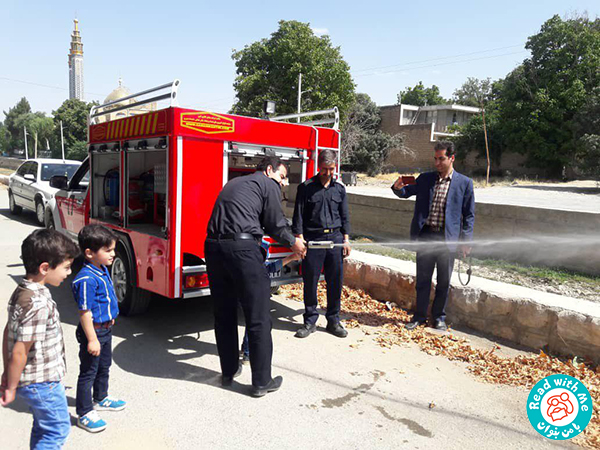 Read with Me starts a new year in Kouhdasht

A Little Girl’s Dream to Join a Library 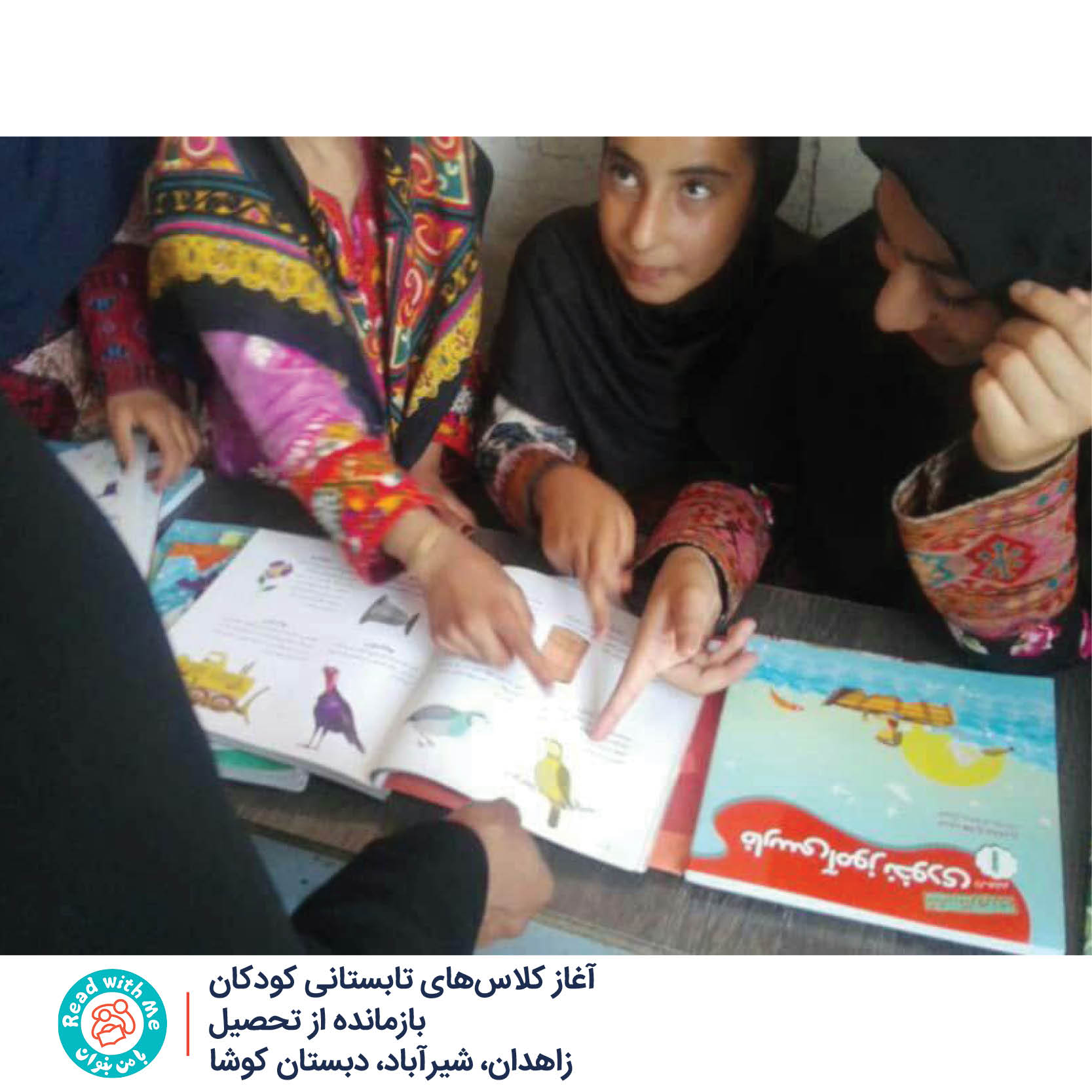 A Summertime Companion for Out of School Children

Why Am I Here: The Big Question Read-aloud
0 replies

Sailing Off from the Library to Where the Wild Things Are!

Underserved kindergartens in Mazandaran start academic year with Read with ...
Scroll to top