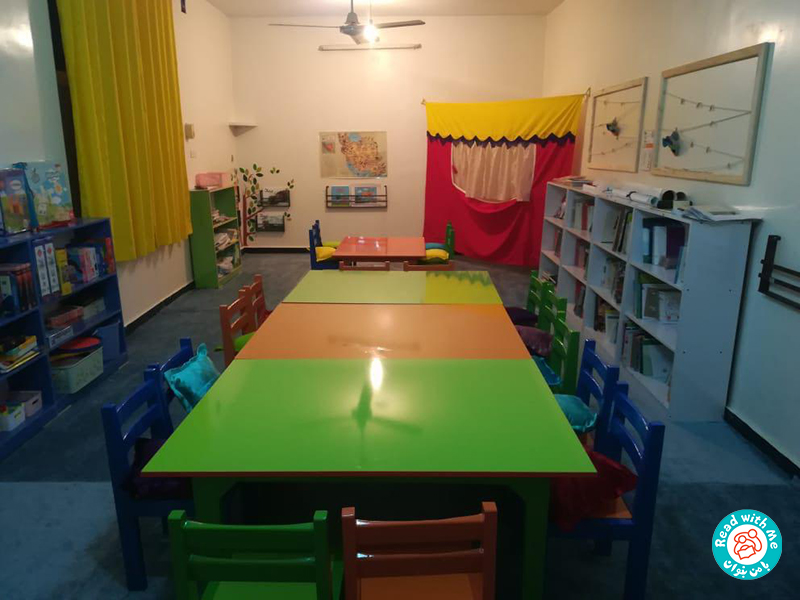 Gouriyeh Read with Me Library

In November 2019, Gouriyeh Read with Me Library was officially established by the supports of IBBY Crisis Fund as part of a project revolving around establishing child-centered libraries in flood-stricken areas. A local supporter, a city council member, Gouriyeh mayor and a number of children and librarians took part in the opening ceremony of Gouriyeh Read with Me Library. This library is meant to become a safe place for children, and serves as a promotion base for teachers and reading promoters of Gouriyeh and its neighboring villages. The location of the library is part of the parental house of one of the locals.

In October, a group of Read with Me experts traveled to Gouriyeh to establish this library and train librarians. During their visit, they held Child-centered Libraries workshop for librarians, promoters, volunteers and kindergarten tutors. The participants were introduced to the procedures and functions of a child-centered library with a rich literacy environment. They learned about the role of a tutor or librarian as promoter, cataloging books, utilizing appropriate colors to build an interactive atmosphere, posters, reading corners and the effects of using elements or characters from books in the library space. 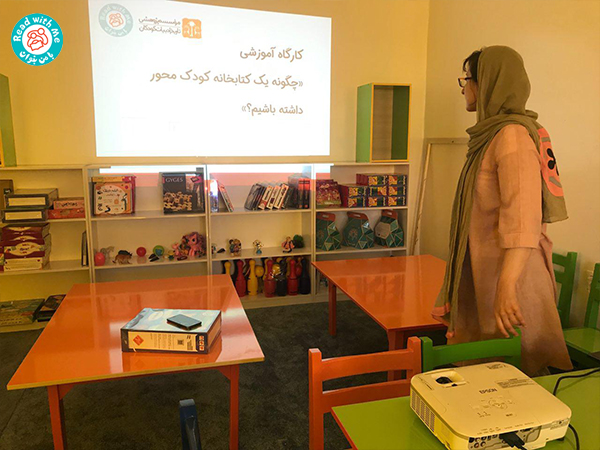 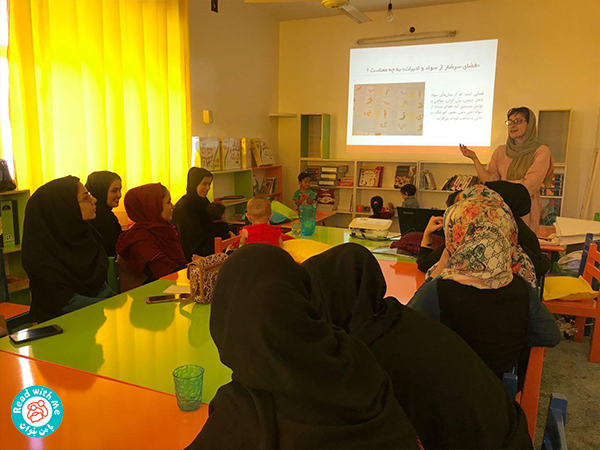 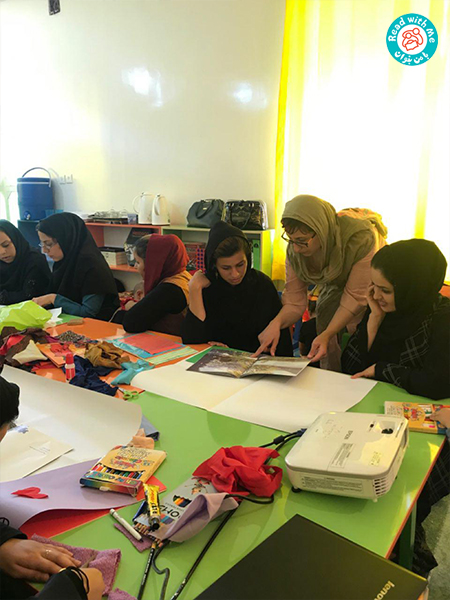 On the next day, participants demanded the Reading with Babies and Toddlers workshop. Therefore, this workshop was held for 13 mothers and 18 babies. Since the library has books for babies and toddlers, with the considerable number of mothers in this region, such workshops can have immense influence in attracting them to read books to their infants from early childhood. Singing songs, teaching the methods of reading to babies and toddlers, and reading aloud sample books were among the activities done in this workshop.

Thereupon, accompanied by volunteers, experts began designing the library. In the process, they imparted the necessary points with the librarians. This library has now more than 1200 books, handbooks and activity sheets and welcomes local children and young adults. The library has been designed based on Read with Me child-centered library standards. Including an appropriate height for tables, chairs and shelves. The puppet theater curtains, bookshelves and colors have created a delightful atmosphere in the library. 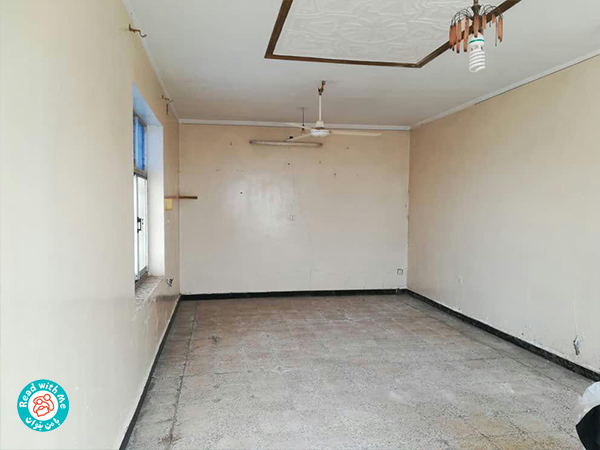 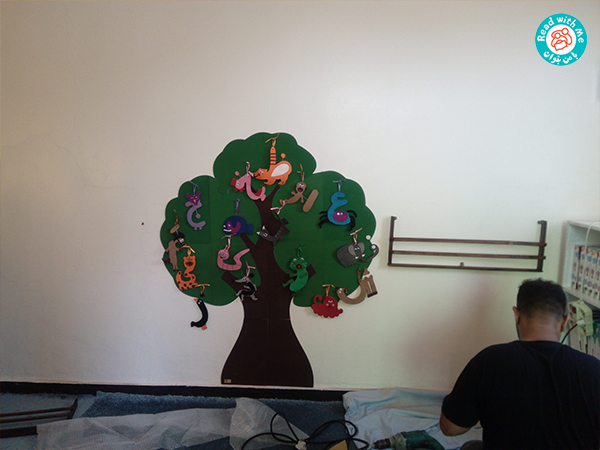 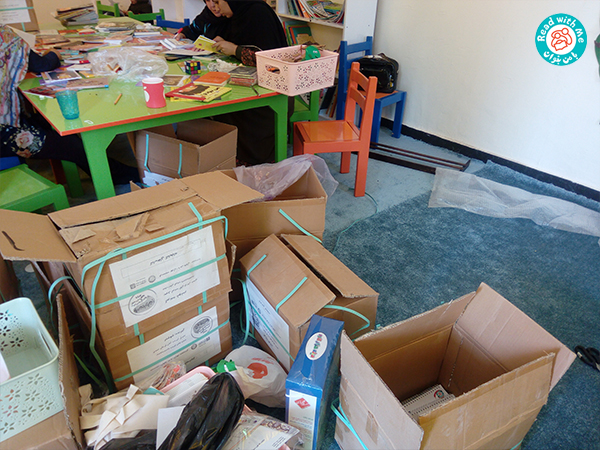 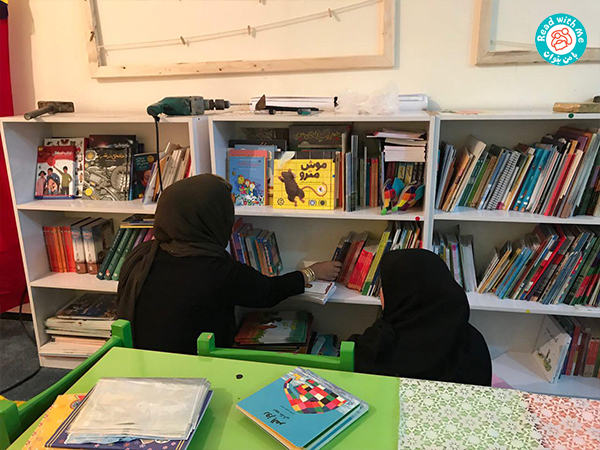 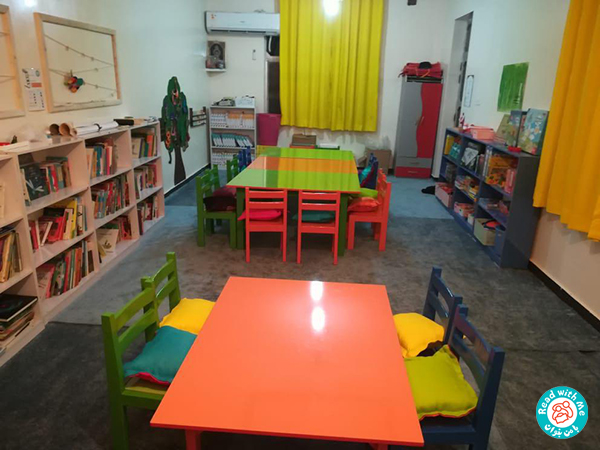 The library has allocated a portion of its schedule to holding preschool and kindergarten classes. The need of children in preschool education along with the demands of locals led to this decision. Having sent the Basic Literacy Creative Education packages to Gouriyeh and trained the librarians will certainly be a great asset in this regard.

Following this, Read with Me experts will travel to the region two more times. Their first trip is scheduled for November in which experts will hold a series of workshops on literature and reading aloud. In these workshops, topics such as children’s literature, quality books, story elements, picture books, reading aloud techniques and dramatic arts will be discussed.

Hopefully, this library will become one of the strong bases of reading promotion in the region.

Khouzestan is a southern region of Iran which suffered from the flooding in spring 2019. Ever since the flood subsided, the hardships of children and families has doubled in this deprived area. In May and June, Read with Me volunteers traveled to Khouzestan to evaluate the conditions and needs of flooded villages. Simultaneously, they read books to children, and discovered people with potential for implementing the Read with Me program.

After evaluating the capacities of the region, an area called Gouriyeh was selected. Gouriyeh is a highly populated region with 56 villages in its vicinity all of which are in need of assistance. Here, Read with Me has focused on training and empowering girls and young women to become librarians and local promoters.

Continuous training workshops for volunteers, tutors and residents of flooded regions as well as establishing child-centered libraries as lasting education bases for children and their families have been the long-term goals of the Read with Me program. Through this, Read with Me hopes to play an effective, constant role in ameliorating the conditions of children and to empower them in dealing with their hardships.

Reading Promotion from Home – an experience in Sarpol-e Zahab

Women and Girls of Read with Me

Read with Me Cooperates with Child Labor Association

Importance of Environmental Activities in Libraries