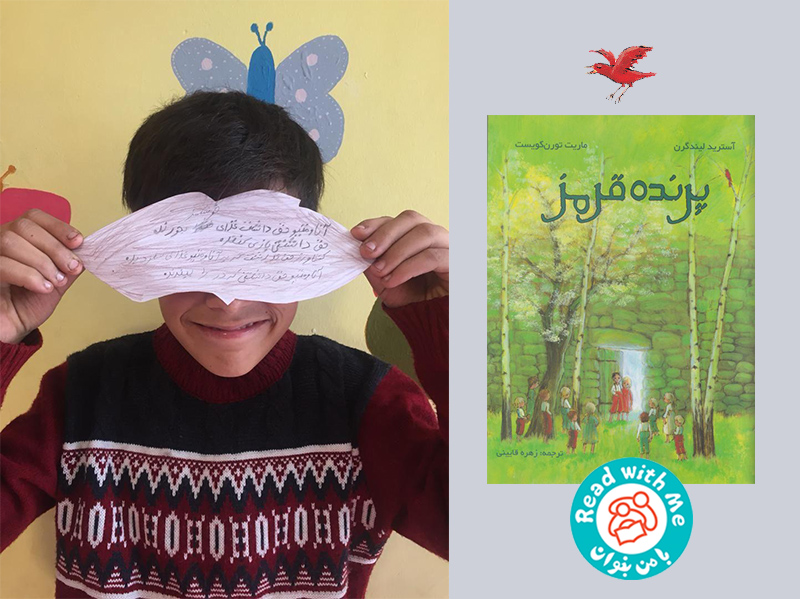 “We won’t have to work because of the snow today!” I heard children whispering to each other, ecstatic about the autumn snow. This sentence alone prepared these child laborers to go on a journey with Anna and Matthew, the main characters of “The Red Bird”.

“Have you ever seen a red bird?” I asked children. They told me about Hypocolius, a type of bird that eats berries. They had seen it while living in Afghanistan.

In the book, “ghermez” and “sorkh” were both used to depict redness. “What’s the difference between “ghermez” and “sorkh”?”, one of the children asked. “They are synonyms”, I answered. Some of the children said that in Afghanistan, they use the word “sorkh” instead of “ghermez”. I thought about how a slight difference of language can drift people apart. I wondered how these children had struggled to finally tell: we may use different words, but we mean the same thing as you.

The boys in the class were being mischievous. “The red bird ought to be trapped or hunted”, they would suggest.

Despite the difference of opinions, through the end, almost everyone agreed that Anna and Mathew should close the doorway and stay in Sunnymead forever. They believed that the orphans should free themselves from starvation, forced labor, cold and cruelty. 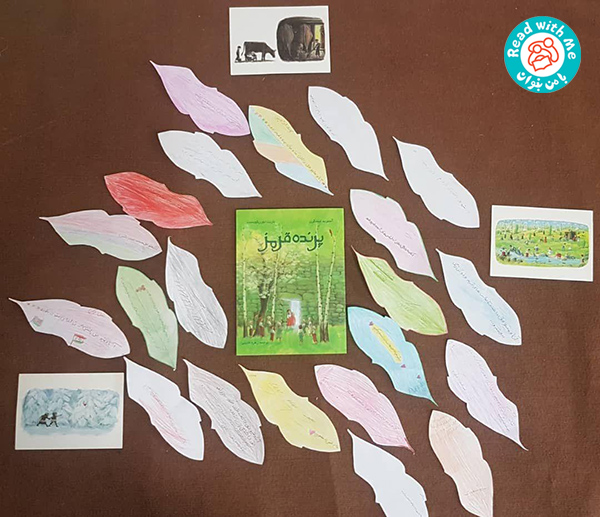 Since the book was long, I could not find the time for further discussion and activities that session. However, the next week, in addition to retelling the story, I conducted children’s rights activities with the children and teenagers at the center. I gave each a piece of feather-shaped paper. “What do you think this is?”, I asked. “A mustache! A fish! A leaf!” They guessed almost anything except for a bird’s feather!

By retelling each section of the book, we determined a number of children’s rights, considering Anna and Mathew. Each of them wrote one of the rights on their feathers.

These were the sentences we wrote together:

Anna and Mathew should not have been sent to the farmer in Myra.

Anna and Mathew had the right to eat good healthy food.

Anna and Mathew had the right to play.

Anna and Mathew should not have been left alone so that it would make them cry.

Anna and Mathew should have had the right to go to school.

Anna and Mathew should not have passed that dangerous, long and cold road to reach school.

Anna and Mathew had the right to wear colorful, warm and sound clothes.

The school principal should not have hit Mathew on the hands.

The farmer should not have made Anna and Mathew return earlier from school in order to work.

Anna and Mathew’s classmates should not have mocked them.

Anna and Mathew had the right to follow the red bird.

Anna and Mathew had the right to close the doorway in Sunnymead.

Writing and discussing these sentences gave rise to a number of challenges as well. Some would ask: “Does the farmer pay Anna and Mathew? If he pays them, should they work for him?” “If the farmer gives children food and a place to sleep, they are responsible to work for him in return.” One of the children said. Others disagreed and said: “No!” Their arguments were quite interesting. On another subject, one of the children believed that Anna and Mathew do not have the right to play. The others brought him examples of him playing quite a lot himself so as to disagree with him. 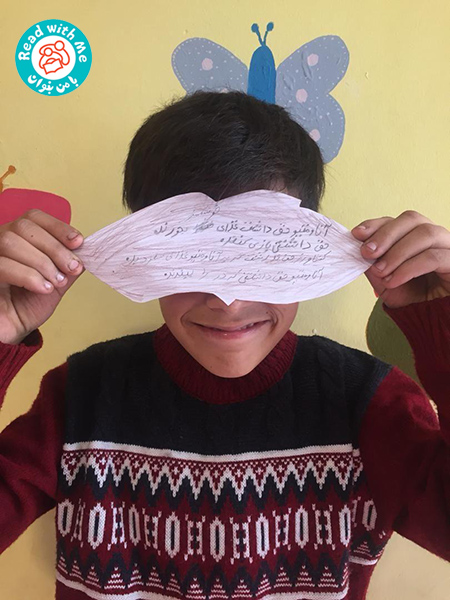 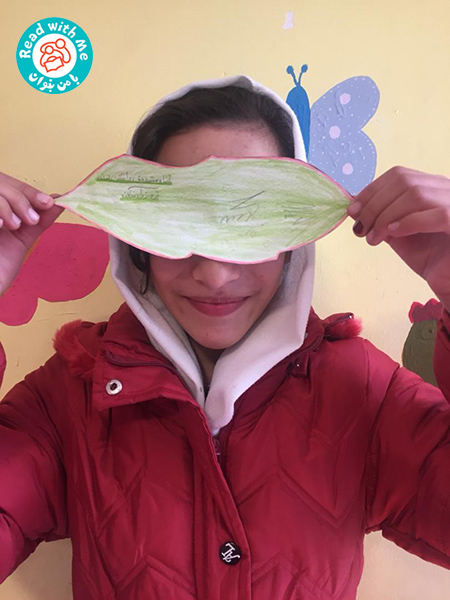 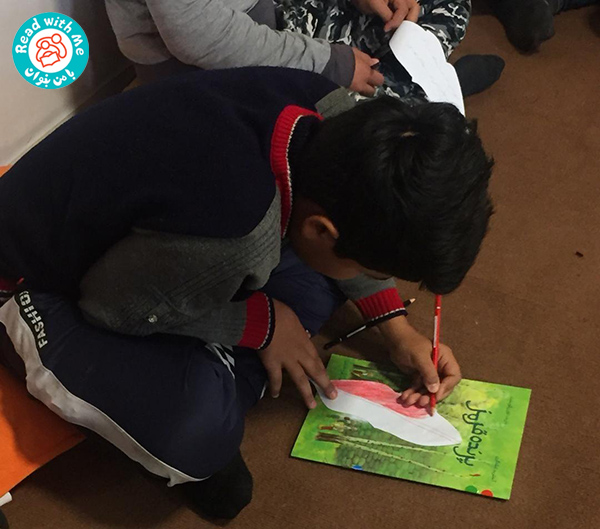 An introduction to Anahita Library

Anahita Library started its activities in December 2018, with financial support from Arfak Association. This library has specifically been established for child laborers. Anahita Library is part of the Read with Me family that has become a regular reading spot for child laborers and underserved children from Shush neighborhood in Tehran. The trained tutors and promoters at this center hope to enrich the lives of these young children through literature and creative activities, empowering them in the face of hardships and traumas.

About The Red Bird

I Am Not a Chair!: A Reading Aloud Experience

Reading books on the International Day of Persons with Disabilities

A Little Girl’s Dream to Join a Library

Farhang Child-centered Library, A Library for All Children 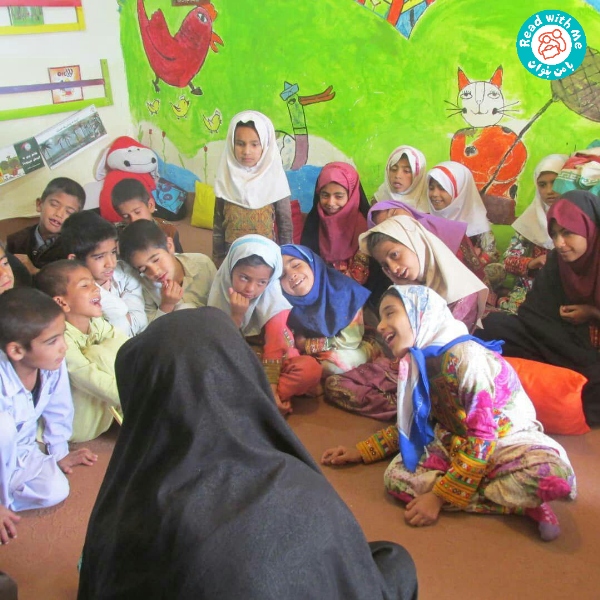 Young Librarian and her Active Library

Read with Me starts its new round in Lorestan
0 replies

Elmer Finds New Friends: Read with Me tutors on the effects of reading
Scroll to top