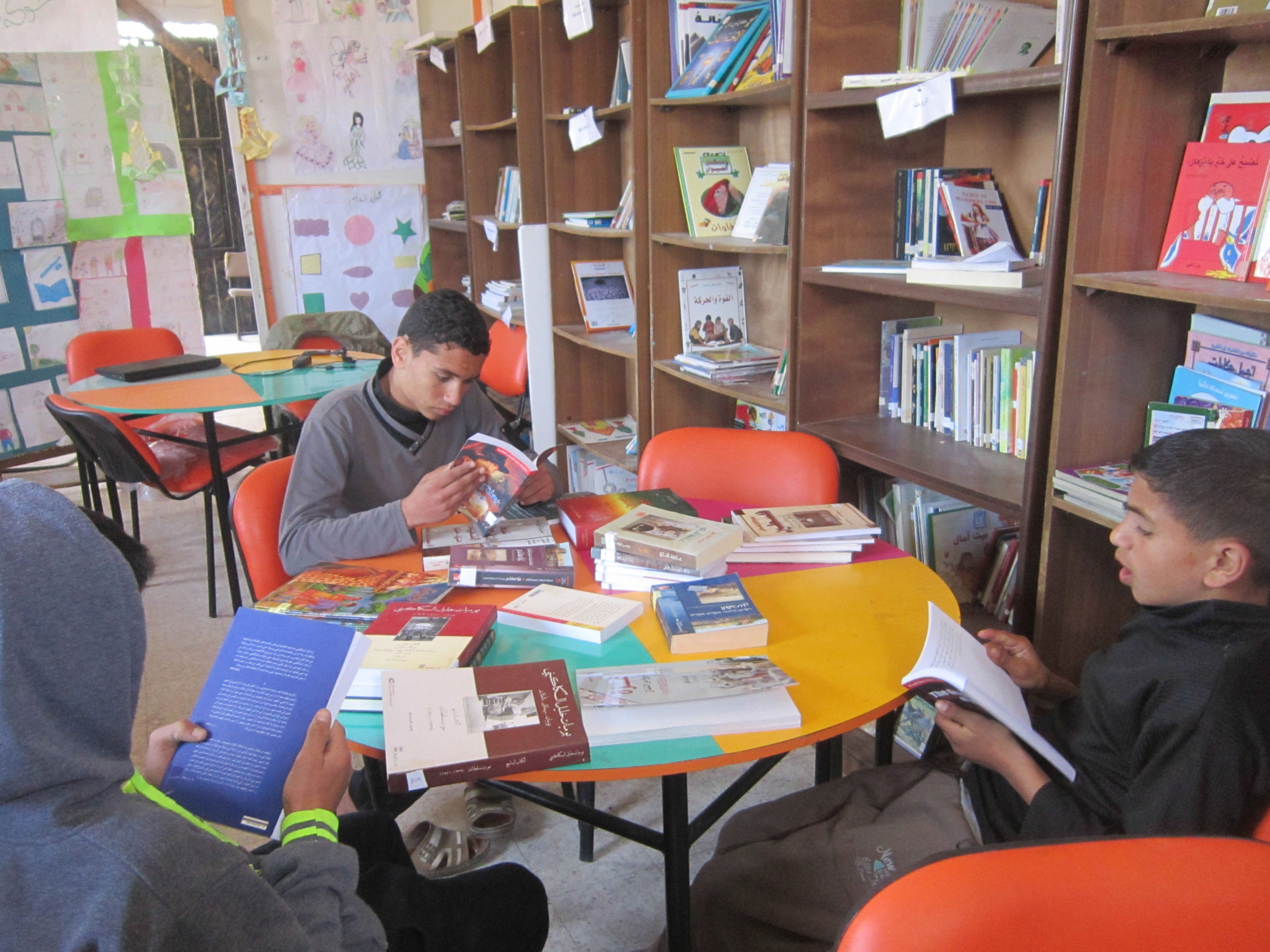 Ten years has passed since the IBBY libraries were set up in Gaza. Since then life in Gaza has not improved and in many cases it has got worse: the war in 2014, the continuing oppressive occupation, the restrictions and blockades. For many children, the IBBY libraries are a sanctuary and place of hope: they continue to need our support and focus, and importantly – not let them become forgotten. In 2012, IBBY added a new clause to its Statutes stating that it is committed to protect and uphold the Rights of the Child. One library is situated in the northern community of Beit Hanoun near the Israeli border; the other is in the south in the town of Rafah, close to the border crossing with Egypt. However, in 2014 the al-Ataa library in Beit Hanoun was completely destroyed. Since 2015 the al‐Sikka library has been operating as its temporary replacement until the rebuilding is complete. The funding for the libraries comes, to a great extent, from the great American children’s author Katherine Paterson and her family foundation.

The war on Gaza, the long years of occupation and the on-­‐going siege have together produced a horrific situation that demands urgent action from the local and international humanitarian organizations. The children of Gaza are victims of serious violations of their rights as a result of the on-­going humanitarian catastrophe there. The launch of this new appeal for funds to keep these libraries open and active is to give them hope and lifeline to a better future. The Palestinian Section of IBBY/PBBY and IBBY will continue to organize bibliotherapy and other activities based on creative reading that will bring some relief to these traumatized children, as well as supporting literacy.

Go to www.ibby.org to donate today “Read with Me” Program in Flooded Regions – Report Part II

Interview with Mahdi Housaini, founder of Parande Library: With Books, Children Can Dream

Let’s Not Forget Children in Flooded Regions of Sistan & Balouchestan

Read with Me Cooperates with Child Labor Association
0 replies

the Institute for Research on the History of Children’s Literature, a small...

“Read with Me” starts the new school year in Mazar-e-Sharif with motiva...
Scroll to top