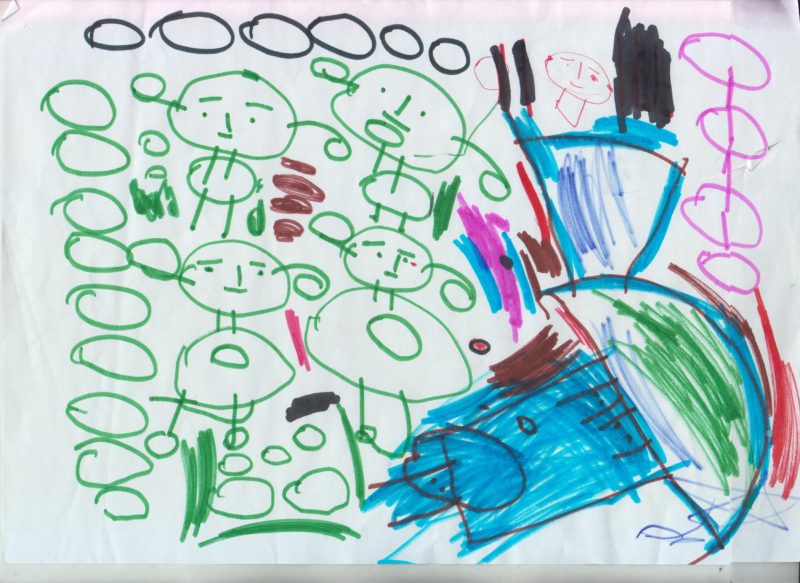 Spring 2019 was an unfortunate one. Flood and the destruction that came with it, devastated vast regions of Iran. Read with Me knew it had to take action. Inquiring about the situation as well as dispatching volunteers to the regions were among the first measures taken. The initial actions were mostly short-term, but Read with Me experts had an outlook for the future. After a number of travels to the flood-stricken areas and evaluating the capacities and potentials, Read with Me designed projects to implement in the two main poles of crisis (Lorestan and Khouzestan provinces). These projects have been implemented for promoters, school teachers and preschool tutors.

Flood had severely damaged KhorramAbad Child-centered Library which had been established by Read with Me in 2017. More than 200 books were destroyed and library equipment was harmed. 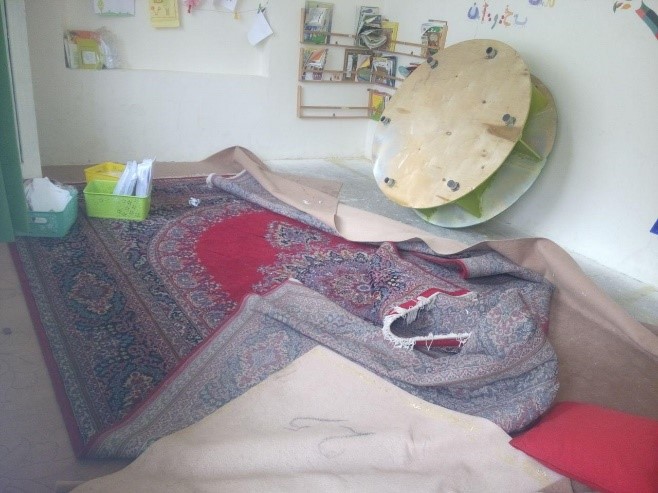 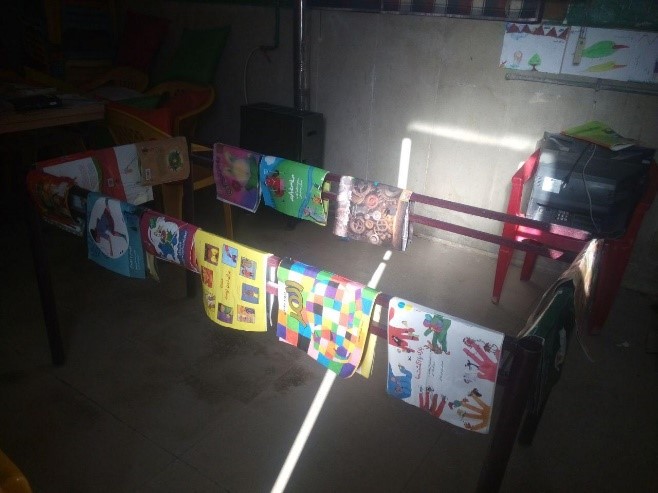 At first, the damages were assessed and then compensated. Now, everything has returned back to normal and the library is serving local children and teachers of nomadic schools anew. 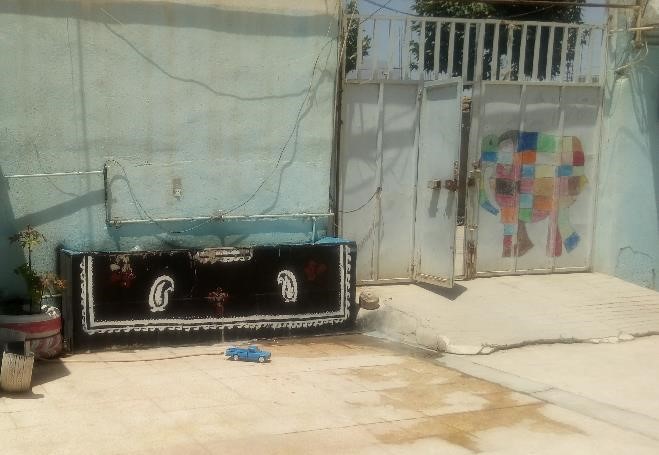 The librarian has painted on the library water fountain with patterns found on local scarves. Next .to that is a wall painting of Elmer, painted by children on Elmer Day 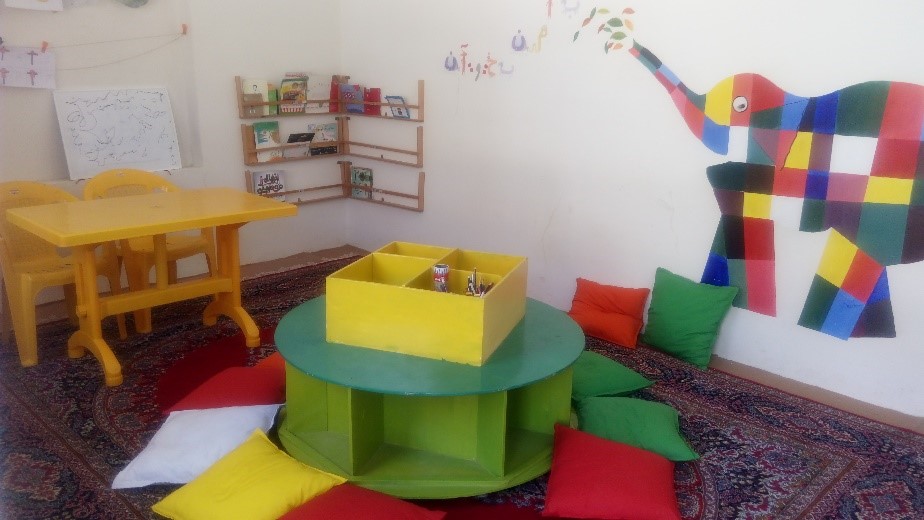 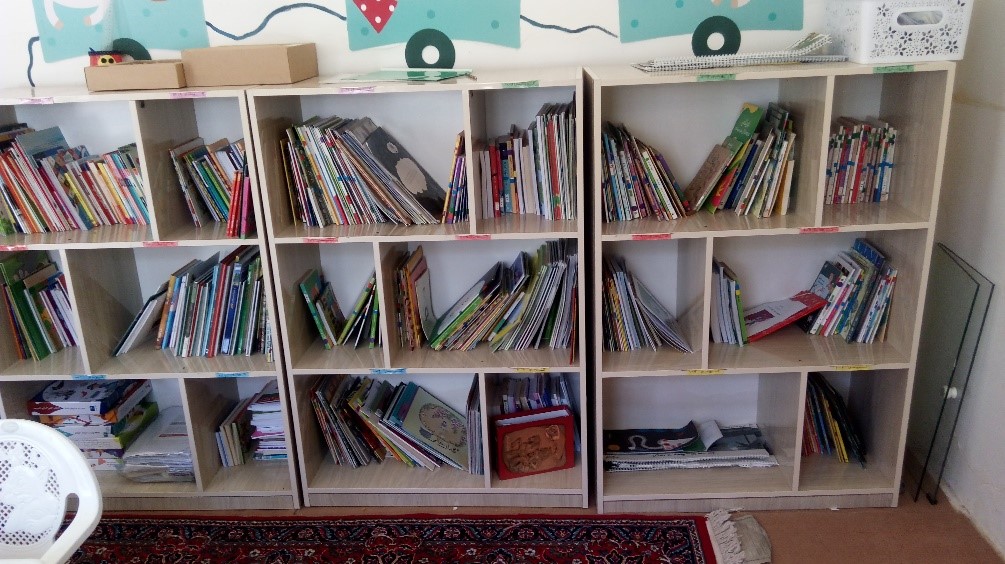 In another trip to the region on 28-30 April, Read with Me sought teachers willing to read books to children. Following arrangements with the Education Office, a school was chosen as base. Throughout the summer, these teachers, with the supervision of one of the local volunteers trained by Read with Me, have held Reading Aloud sessions. They have lent books to children using the book packages sent to them. The positive feedback and influence of these sessions encouraged scheduling regular reading sessions from the beginning of the academic year. 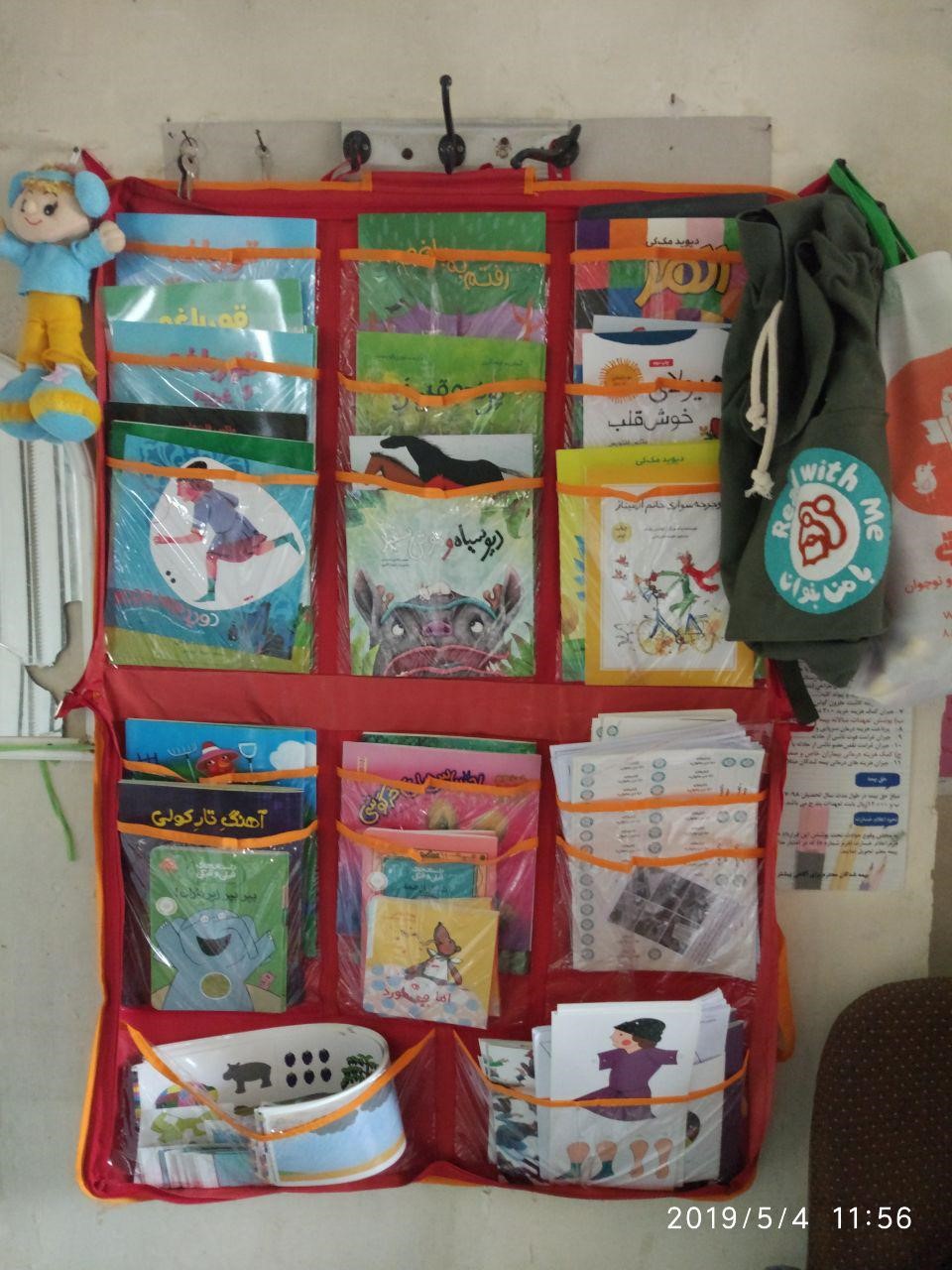 Also, following discussions with the public library of the central village, one room in the library will be allocated to the Read with Me group in order to hold reading sessions and book-related activities. (such as dramatic arts, handicrafts, artistic activities and storytelling).

Poldokhtar in Lorestan province is one of the regions that bore the most destruction from the floods of last spring. The overflow of Kashkan River, which divides the city in two, inflicted much damage to the western parts of the city, leaving the eastern section intact. A lot of houses, schools and buildings in the western section were submerged up to their roofs. Unfortunately, most schools were located in the western part of the city. 19 out of 21 school have been damaged and are in need of repair. Some village schools have also been completely destructed and have been relocated to containers.

After having evaluated this region through two trips (22-26 April and 15-16 May), the Read with Me group has designed a long-term project for this region and started its implementation.

Following discussions with the Poldokhtar Education Office, an elementary school was introduced to the Read with Me program for implementing the project and establishing a library. This school is in the eastern section of the city and has remained unharmed. The school has about 500 students in two separate shifts (one for girls and one for boys). Read with Me is currently working on establishing a child-centered library as the region’s reading promotion base. This library will serve children, teachers, tutors, librarians, and Read with Me promoters and volunteers in Poldokhtar and surrounding villages.

A group consisting of the library equipment team and the team of experts will travel to the region two times. The library equipment team will be implementing the child-centered space to set up the library. The experts will hold workshops (on reading aloud techniques, holding reading sessions, children’s literature and story elements, dramatic arts and book-related artistic activities, the functions of a child-centered library and library services, dialogic reading, and reading aloud in relation with living values and the environment) for at least 30 teachers and promoters.

After participating in the workshops, teachers can become members of the library. They can borrow books for the display libraries in their classrooms which will be provided for them. This way, in addition to participating in the reading aloud sessions held at the school library, students can have access to books in their classrooms. Read with Me experts will also pay visits to these classrooms twice in the upcoming year.

According to Read with Me library standards, at least 1200 books, handbooks and activity sheets will be provided for this library.

Lorestan province has many underserved kindergartens managed under the supervision of State Welfare Organization. For the academic year of 2019-20, the Read with Me program decided to design a project for kindergartens in deprived, flooded regions of Lorestan in order to cover preschool children.

In this project, tutors from 30 kindergartens will participate in workshops on Basic Literacy Creative Education, children’s literature and story elements, reading aloud and follow-up activities. These workshops will be held in two parts throughout the year. Basic Literacy Creative Education packages along with backpacks full of quality books will be given to each participant tutor. These tutors will hold reading aloud sessions for 3-6 year-old children after having been trained in the workshops. Experts will not only travel to the region twice, to visit the tutors and their reading aloud sessions from up close, but also supervise the activities of these tutors from long distance. The project will start this October.

Khouzestan is a southern region of Iran which also suffered from the flooding in spring 2019. Ever since the flood subsided, the hardships of children and families has doubled in this deprived area.

After the flood, groups of Read with Me volunteers travelled to this region on 10-11 May and on 13-14 June. Accompanied by two volunteer locals who had a thorough knowledge of the region’s conditions and needs, these groups visited numerous villages in Shush and Ahwaz. After reading aloud and book-related activity sessions with children, they spoke with tutors, teachers and families to discover people who are interested and encourage them to implement the project.

Then, after evaluating the capacities of the region, Read with Me focused on training and empowering girls and young women in an area called Gouriyeh. After training, they can become librarians and local promoters. Gouriyeh has 56 villages in the vicinity all of which are in need of assistance.

Up until now, 35 young women have participated in Basic Literacy Creative Education workshops. They are currently holding reading aloud sessions for children of their villages using the packages and backpacks provided for them. Considering the bilingual children of this region, the Basic Literacy Creative Education method can be especially helpful in their verbal and writing skills. 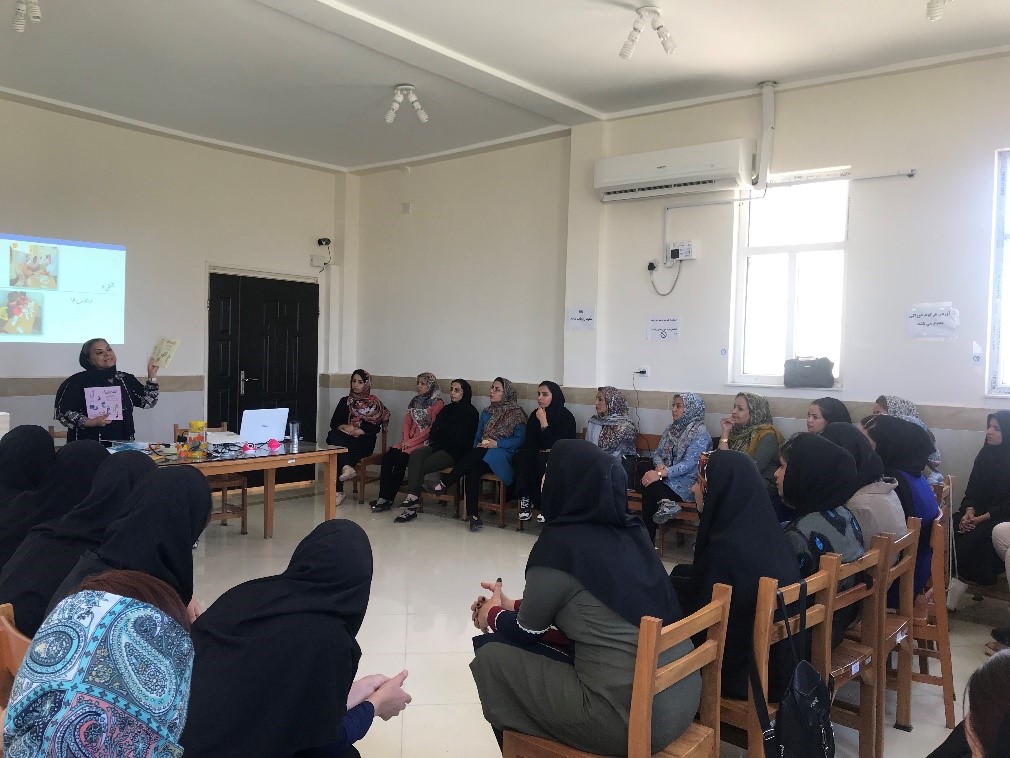 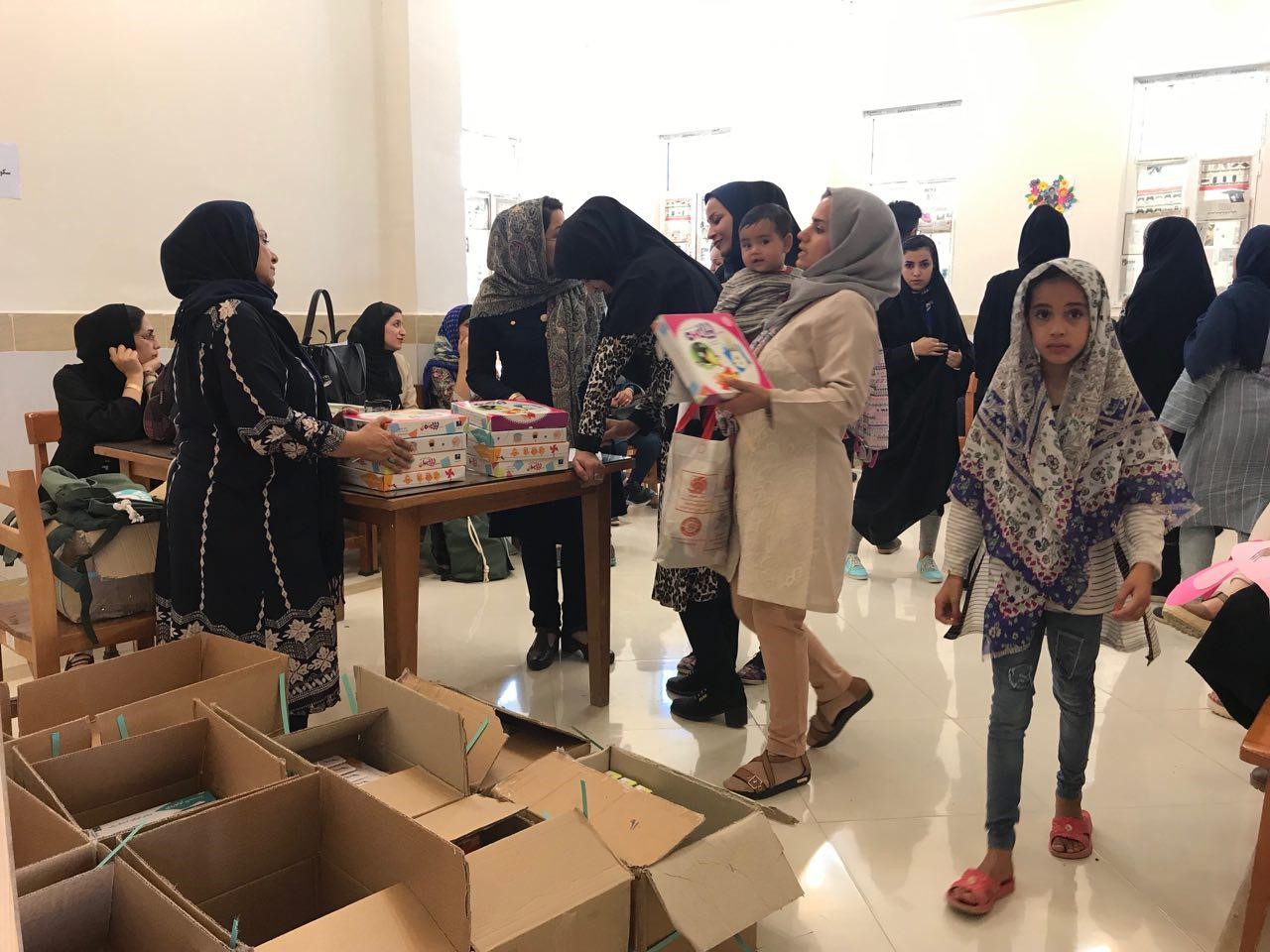 Read with Me sets out to build a permanent base for reading in this region by establishing a child-centered library. The location of this library is part of the parental house of one of the locals. It is in the process of designing and will be opened in October 2019. It will be equipped with more than 1200 books along with handbooks and activity sheets.

Following the establishment of this library, a team of experts will visit and train the tutors and promoters of the region. 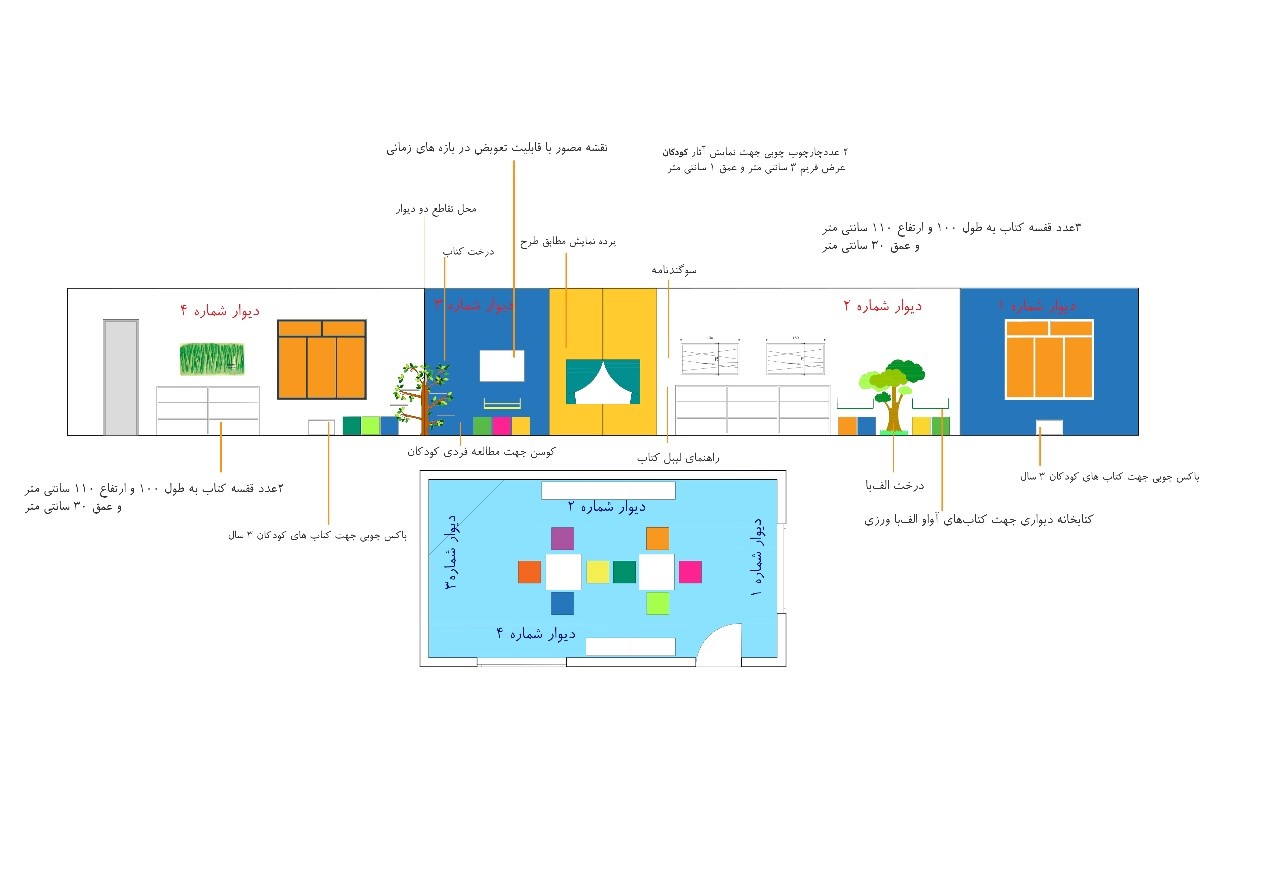 Read with Me Workshops in the Flooded Khouzestan

Library in Action in Flood-stricken Gouriyeh

First Aid for Children in Crisis

Just a Minute: an excuse for a couple of minutes of dialogue

Read with Me Ambassador Holds Her First Workshop
Scroll to top