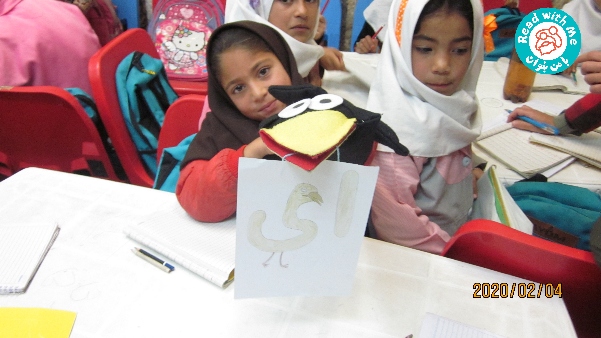 For many years, the ‘Read with Me’ project has tried to connect with deprived families to provide early educational opportunities and equip their children with the needed literacy skills before they enter primary school. At the same time, ‘Read with Me’ has helped kindergarten and pre-school teachers to bring about circumstances to develop the innate literacy skills in these children. In deprived and neglected regions, ‘Read with Me’ encountered families whose children had not attended pre-school, and when reaching school-age, parents did not have the means and circumstances to send them to school. Children without ID cards who, in the absence of a mother, a father, or both parents, had to work for their livelihood – children whose childhood and education had been forgotten. What could be done for these deprived children who had missed the opportunity to flourish educationally, and now lagged seven years behind their peers.

Are there any shortcuts to accommodate these disadvantaged children and fit them in the present educational cycle?

With the experience of ‘Read with Me’ project in Shirabad (Zahedan) and Jahaabad (Saravan)in Sistan & Balouchestan – the answer is yes, we can be successful in our pursuit. In the academic year of 2019-2020, With the financial support of Anjoman Yaran e Danesh va Mehr and cooperation of Navid Zendegani Association, the children in Shirabad, a marginalized district in Zahedan was undertaken. 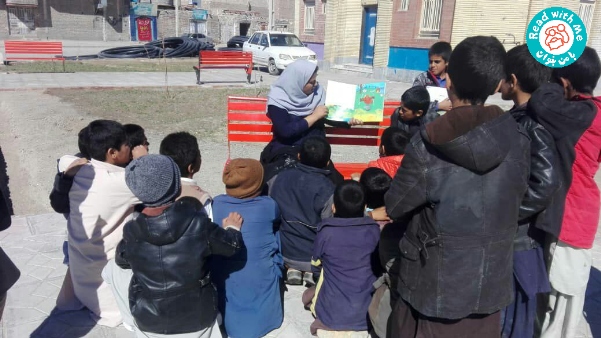 Shir-Abad, a marginal district close to Zahedan, is one of the most vulnerable and deprived districts in Sistan- Baluchistan, Iran. Due to urbanization and construction of buildings, it has become a part of the city and is apparently no longer a marginal area. In this district, there is no access to drinkable water. Residents have to buy their drinking water and store it in tanks. In some areas even saline water for washing and daily needs is not available, and like most marginal communities, there is no gas supply. Population is high, packed houses in narrow alleys, overcrowded homes with an average of 7 to 8 people who live in a single room.

Why majority of children lack identification cards?
In the past, the inhabitants of this region were mostly migrants from distant Sistan & Baluchistan villages, who were obliged to leave their low-income agricultural lands and move to this marginal district of the city. But nowadays, the important reasons for marginal settlements in the vicinity of Zahedan are social issues, such as poverty, drug addiction, and lack of identification documents. The majority of the residents in this distinct lack ID cards. As a result, they do not have access to education, are deprived of medical care, and other social welfare services. 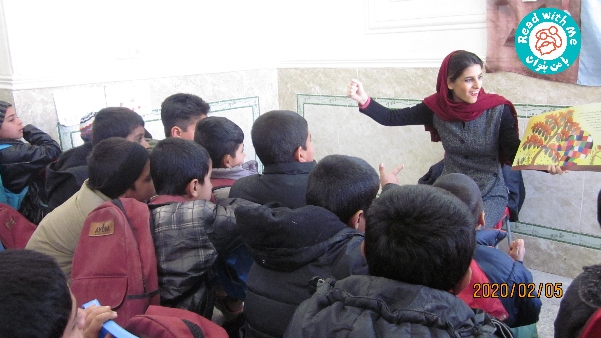 Our goal is the provision of educational opportunities for 205 first grade children living in difficult and deprived circumstances mentioned. In the first grade (133 girls and 72 boys), and 56 children in second grade (31 girls and 25 boys), who live in this distinct were chosen. 90 percent of these children lack an identification card. Over 70 percent of their parents are totally illiterate, and the rest have very low literacy. On average there are seven members in the family, about 25 percent of the boys are laborers, and most girls are burdened with household chores. Majority of the fathers are laborers or salesmen, and some are involved in illegal activities, trafficking drugs, and some are in prison. There is no precise statistics, but drug trafficking and fuel smuggling is prevalent in this district.

Another debilitating factor is that upon entering school, the students do not speak Farsi. At home, for years, they had spoken a Baluchi dialect, and none of them had attended pre-school, or acquired any literacy.

For these educationally disadvantaged children, ‘Read with Me’, proposed special courses including Emergent literacy skills such as phonological and phonemic awareness. After mastering these skills, students participated in an intensive story-textbook course: “Learning Farsi through Literature”, accompanied with learning mathematical skills through stories.
Throughout the academic year, local teachers were constantly trained and supervised. They become familiarized with the basic literacy packages, children’s literature, reading aloud techniques, leading and creative teaching methodology so as to change the traditional teacher – centered classes into the learner – centered approach, where students were active in storytelling, singing, playing while acquiring literacy. Consequently, students’ school attendance increased significantly – they were interested, enthusiastic, self-confident, and eagerly participated in all class activities.

To evaluate the reading skills of educationally disadvantaged children, two questionnaires were designed by our researchers and sent to teachers in two stages. The questionnaires were for group and individual assessment. For evaluation, four first grade classes were chosen (two boy classes for group assessment, and five children for individual assessment from the other two classes). Furthermore, 111 students either as a group or a class who were competent enough to complete the questionnaire were selected.

In spite of the closure of schools in March 2020, due to the spread of COVID19, the evaluations showed that in five months the level of reading and writing skills had remarkably improved by seventy percent. Students, who at the beginning of the academic year, showed little concern in attending classes, became extremely interested, motivated and eager to learn. The students became highly competent in class activities, gained confidence, grew happier, and more sociable.

Writing – Tracing letters
– Letter tracings were irregular, untidy and illegible
– Can trace letters in the outlive clearly and legibly 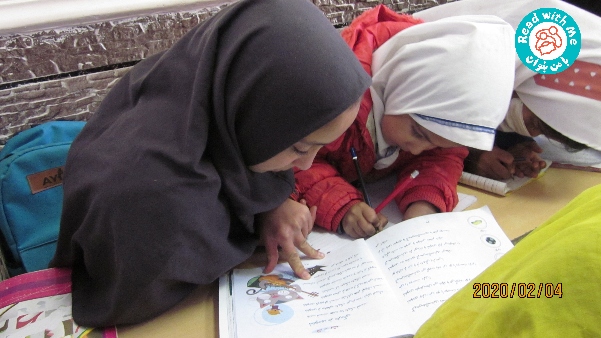 To assess the rate of learning in children living in the most difficult and dire social and economic conditions, five children in a class of 25 students were randomly selected. The students were in the first grade, 7 to 12 years old, and all lacked identification cards. Ten percent of the students were Afghans and the rest Iranians. Average family size was 8, all mothers and 95 percent of fathers were illiterate. From the 22 students in the case study, 20 mothers were homemakers, one was a worker, and the other was in prison. Approximately 70 percent of the fathers were laborers, 15 percent salesmen and 5 percent were involved in illegal activities – drug trafficking, and 10 percent were unemployed or disabled.

The case study on these five children living in the most appalling social and economic conditions showed that four students achieved a satisfactory level of reading and writing competency.
At the start of the academic year, all the students were unable to recognize letters and distinguish sounds. They had little understanding of passages read to them and could not recount stories. They were incapable of tracing letters on alphabet worksheets and make meaningful sentences.

At the end of the academic year, four of the students could easily recognize letters and sounds, understand and recount stories and construct sentences from the words they had learned. In comparison to the other students, the only child who did not reach a satisfactory level was a younger boy who lived in a much more unfortunate and dysfunctional family.

The result of this study has reinforced our belief and confidence that even with children living in the most undesirable living conditions if innovative and compatible teaching strategies , are adapted and implemented, and could substitute stories for boring and unrelated texts, educationally disadvantaged children will become interested, motivated and successful in achieving literacy. 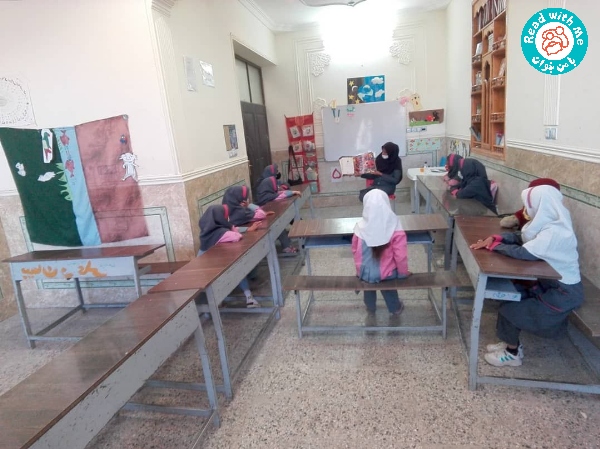 A Letter to Author, from the Earthquake-stricken Kermanshah

Children in Zabol joined Read with Me project

The opportunity for the Afghan girls to become literate through literature 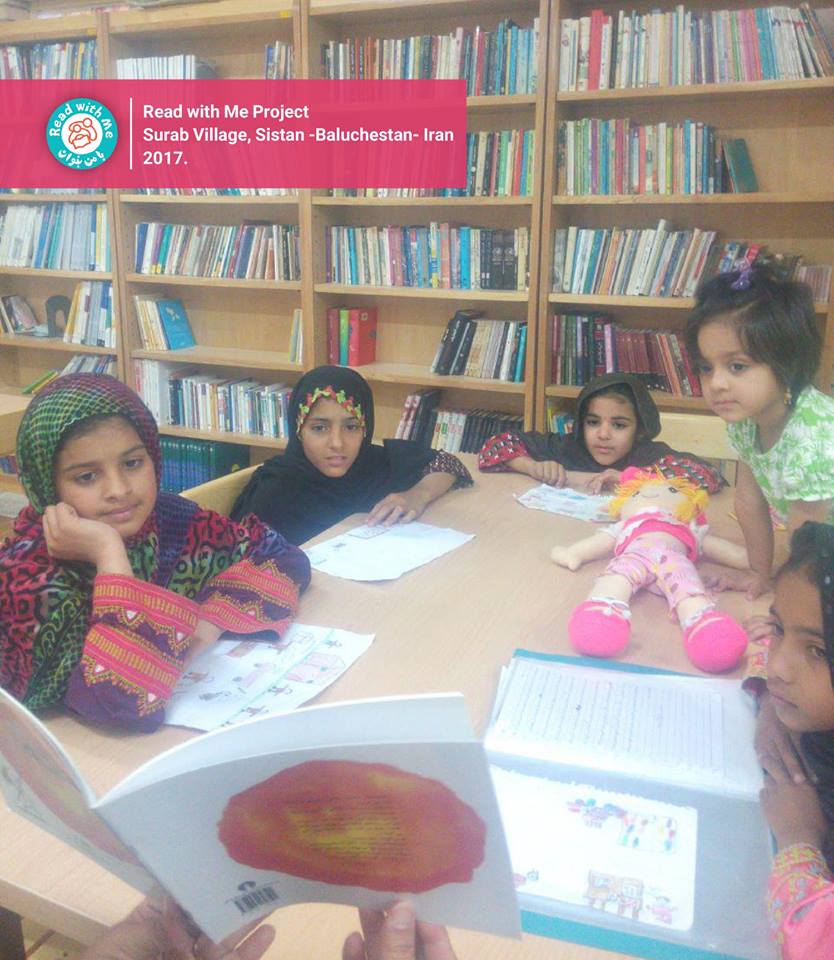 Read with Me in Times of Coronavirus, 2020 Report